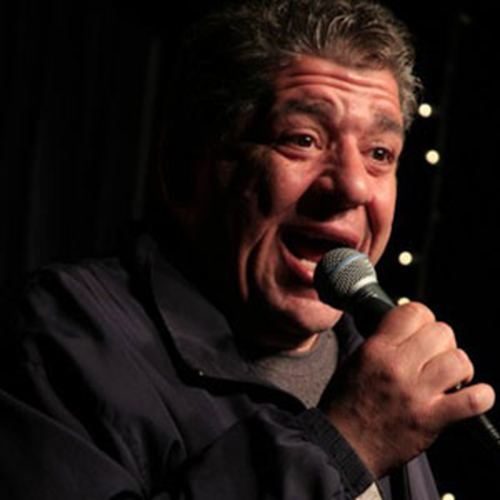 Sometimes it takes a huge movie role or a part in a popular television series to put a Stand Up comedian on the radar, with Joey Coco Diaz it was a #1 Comedy album on iTunes and Billboard that did the trick. Joey has done films and television but it was a his storytelling on the #1 Podcast, The Joe Rogan Experience that really got the word out about one of the best and funniest comedians working today, and “Its Either You or The Priest” proves that!

Joey started his Comedy career in Denver, after serving a short stint at a correctional facility, where he realized that he could actually make people laugh. After his release, Joey gave it a try in a real Comedy Club, and that was it!

His R-rated outlook on life will get you howling in your seats but that’s what a good comedian is supposed to do, what makes Joey special is his presence and his ability to tell you a story in such a manner that regardless of the subject matter, your still laughing. Whether it’s lighting a hooker’s wig on fire, or attacking a Nun in the 5th grade, you’ll be cheering for him.

Joey is also hitting big strides in Hollywood as a character actor. You’ll see him in a recurring role on ABC’s “General Hospital”, also on episodes of “Children’s Hospital”, “The Mentalist”, and “Suppah Ninja’s”. The big screen is no stranger either; he’ll be seen in the movie, ‘The Dog That Saved Halloween” and “Beach Shark Attack”. Other films he’s appeared in were “Spiderman 2”, “Taxi”, Analyze That” but the film Joey stole your heart in was the remake of “The Longest Yard”

He’s also taken his raw style of comedy on television with a “Secret Stash” episode of Gabriel Iglesias, “Stand Up Revolution” on Comedy Central and he headlined Showtime’s “Payaso Comedy Slam”.

Podcast are the future and Joey is a regular cast member on the #1 Comedy show on iTunes, “The Joe Rogan Experience”. He also has his own podcast which he co-host with Felicia Michaels called, “Beauty and Da Beast”, which has also been in the top 10 on iTunes.
We’re not saying that Joey is the next coming, what we’re saying is that Joey is raw, real and warm in a way that you’ll leave the club thinking, that was fucked up but fun!