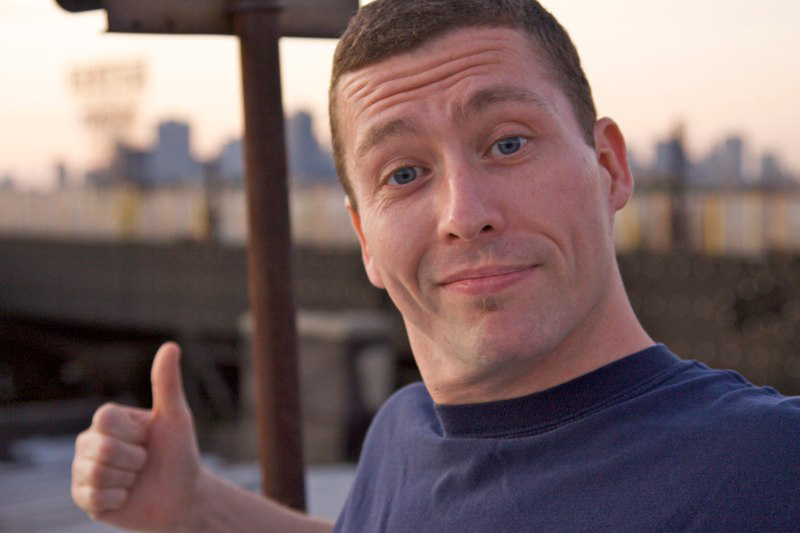 “Comedy comes naturally to me,” says stand-up comedian and actor Joey Gay, who mines his laughs from his infamous surname, his colorful childhood in Brooklyn and his place in the family as the younger brother of five sisters, which gave him a unique perspective from an early age on the differences between men and women. Reminded how short life is by his father’s death, Gay decided to pursue his dream of going into show business. He’s been entertaining audiences ever since, and is now a regular at New York comedy hotspots like Caroline’s on Broadway, Comedy Village, Laugh Factory and Catch a Rising Star. In addition to performing at top clubs across the country, he has also appeared at casinos such as the Borgata and Resorts in Atlantic City and Foxwoods in Connecticut. Gay says he wanted to be on “Last Comic Standing” so he could “compete against the best comics in America,” and describes his style of comedy as “the same as my style of dance… doing what is least awkward.” As an actor, he has appeared on NBC’s “Law & Order,” “Law & Order: Special Victims Unit” and “Deadline.” ON the big screen, Gay appeared in the films “Close Strangers,” “Exit 8A,” “Times Modem,” “The Vibe” and “The Play.” He has also appeared on several cable shows, including MTV’s “Damage Control.” n his spare time, Gay has been working on a documentary about New York City’s historic comedy clubs, which feature interviews with some of the biggest names in comedy, including Woody Allen, Bret Butler and Richard Lewis.