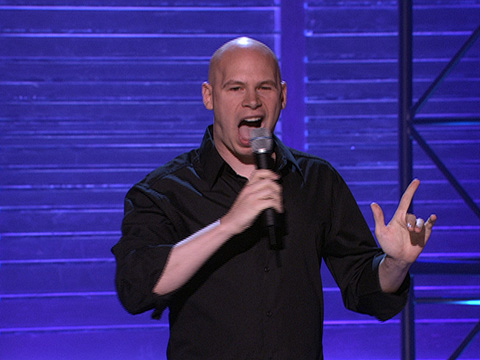 John’s parents were an ex Jesuit who worked for Chicago’s urban Loyola University, and a psychotherapist, who infused a love of the arts and philosophy into the boy from an early age. He repaid their efforts by becoming a stand up comedian.

John began his career performing in independent rooms in Chicago. After honing his act in clubs around the Midwest, John competed and was crowned the first champion of CBS’ Star Search, in 2003.

He has performed stand up on numerous television shows, including The Tonight Show, The Late, Late Show with Craig Ferguson, and Last Comic Standing, where he was a semi-finalist. He made his debut on Conan, in 2012. His web series, “Marc Maron in Space” with Marc Maron and James Adomian, premieres in 2013, produced by IFC. John’s second album will be released on AST Records in 2013.

He has appeared numerous times as a panelist on cable networks like VH-1, Fox News, and Fuel TV.

John’s CD Dressed for Recess, was released in 2008 on RBC records and continues to receive frequent airplay on Sirius Satellite Radio.

John performs in clubs across North America, including the Comic Strip in New York and the Comedy and Magic Club in Hermosa Beach. He is also a regular performer on such acclaimed independent comedy shows as Whiplash, Comedy Bang Bang, Meltdown, and Comedy at the Knitting Factory. In 2008, he was invited to perform for the World Bank in Washington, DC.