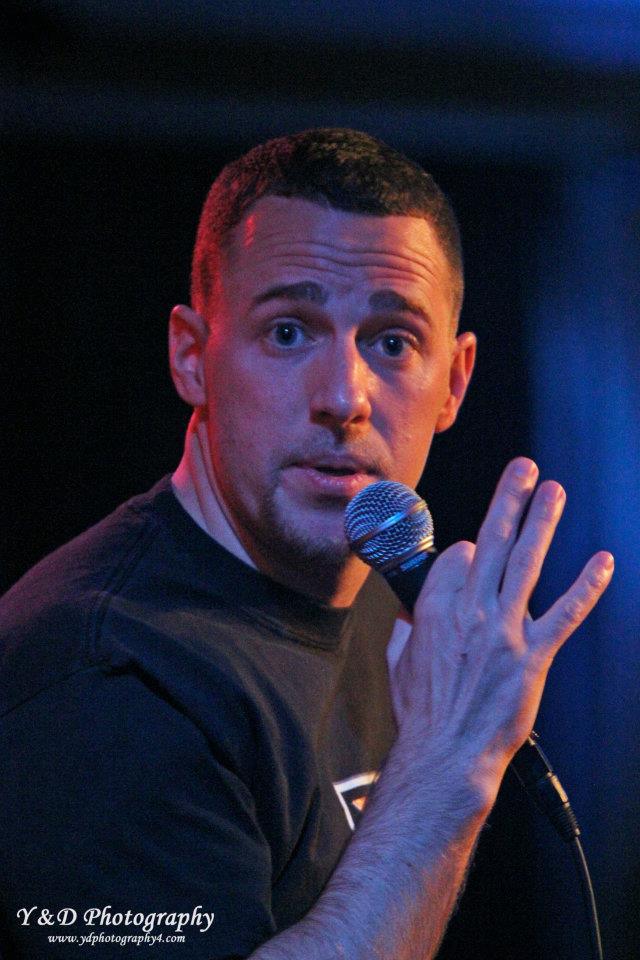 Jon Mumma started his comedy career in Washington, DC by pursuing stage time wherever he could get it. Over the past seven years, he has performed at comedy clubs, theatres, bars, coffee shops, bowling alleys, a bachelorette party, a ”naturist resort,” crab feasts, bar mitzvahs, birthday parties, corporate events, moose lodges, weddings, high schools, colleges, cafeterias, military bases and many more. These experiences helped forge a likeable character onstage with crossover appeal to a wide range of audiences.

Jon’s persistence and hardwork has allowed him to work at some of the top clubs in the country performing with some of the nation’s top headliners including Ben Bailey, Carlos Mencia, Charlie Murphy, and the late Greg Giraldo. He was the 2006 winner of the DC Improv’s annual stand-up comedy competition; he has performed for our nation’s troops, he was featured on the PBS’s “The Truth about Money” series, and he can be heard regularly on SiriusXM Satellite Radio’s Comedy Channel.