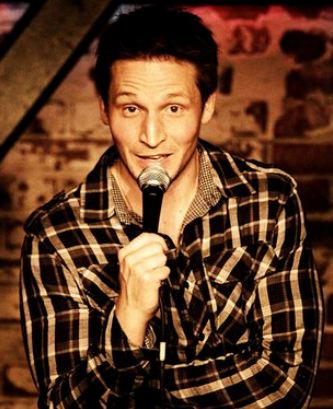 Jonny Loquasto began life in the lovely town of Northampton, Pennsylvania. He ate everything put in front of him as a child and topped it all with tartar sauce, eventually tipping the scales at 165 lbs in 6th grade. Obsessed with sports, JL convinced himself that he was going to be the next Charles Barkley.

After promptly getting cut from his highschool basketball team every year, Jonny went onto the University of the Sciences in Philadelphia and somehow walked on their Division II college basketball team. He even played (barely)! He was the last guy off of the  bench, but made the most of his sitting time by talking trash to opposing players and spiking his hair up into a distorted version of an afro. Eventually, Jonny graduated with a Masters Degree in Physical Therapy and has worked with patients ranging from pediatric to professional athletes to geriatrics.  Shortly after graduation, he convinced himself that he was still a funny fat kid at heart and was determined to have a career in entertaining others.

Jonny now resides in Los Angeles and never sleeps enough thanks to staying busy as a comedian, host, and actor. He was most recently the host of “AXS Live” on AXS TV and is currently the captain of the Monday Night Raw Aftershow on Afterbuzz TV. He also hosts live events for Tough Mudder all across the country and has hosted shows for CBS Sports, Gameshow Network, The Hub, and in 2014 he’ll  be the voice of “Paper Champions” on Nerdist. As a comedian, he’s been seen on “Gotham Comedy Live” on AXS TV as well as “Stand Up & Deliver” on NUVO, and “Exposed” on the Travel Channel, as well as performing at clubs and colleges all throughout the US.

He is in the process of finishing his own film, and all information for the film can be found at www.TheThumbWrestler.com. You can follow his thoughts in 140 characters or less on Twitter @JQuasto. One more thing: Jonny is probably eating cookie butter as you read this bio.