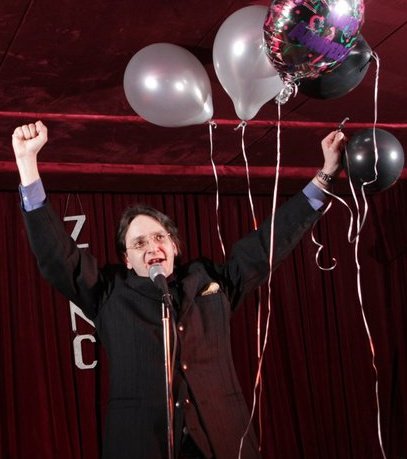 Jordon Ferber started his stand-up comedy career in 1999 at the age of 21. While majoring in Film at Occidental College he became a regular host at The Garage in Los Angeles. For the next two years he honed his skills and ultimately decided to pursue stand-up in the big city, moving back to New York in 2001. As a native New Yorker, he had no trouble getting on the circuit, and has since performed in almost every club in Manhattan, including Carolines, the Gotham Comedy club and Madison Square Garden. His unique delivery and ironic take on life is always funny, and has made him a favorite on the NY scene. He is the producer of a weekly stand up comedy showcase called Straight Up Stand Up at the all new Zinc Bar in the West Village. He has been seen on NBC’s Last Comic Standing, NBC’s The Restaurant and is a regular on The Joey Reynolds Show on WOR. He was featured in the 2006 New York Underground Comedy Festival’s Emerging Comics Contest. In his spare time, he enjoys writing short blurbs about himself in the third person. He has been a member of The Friars Club for the past three years.