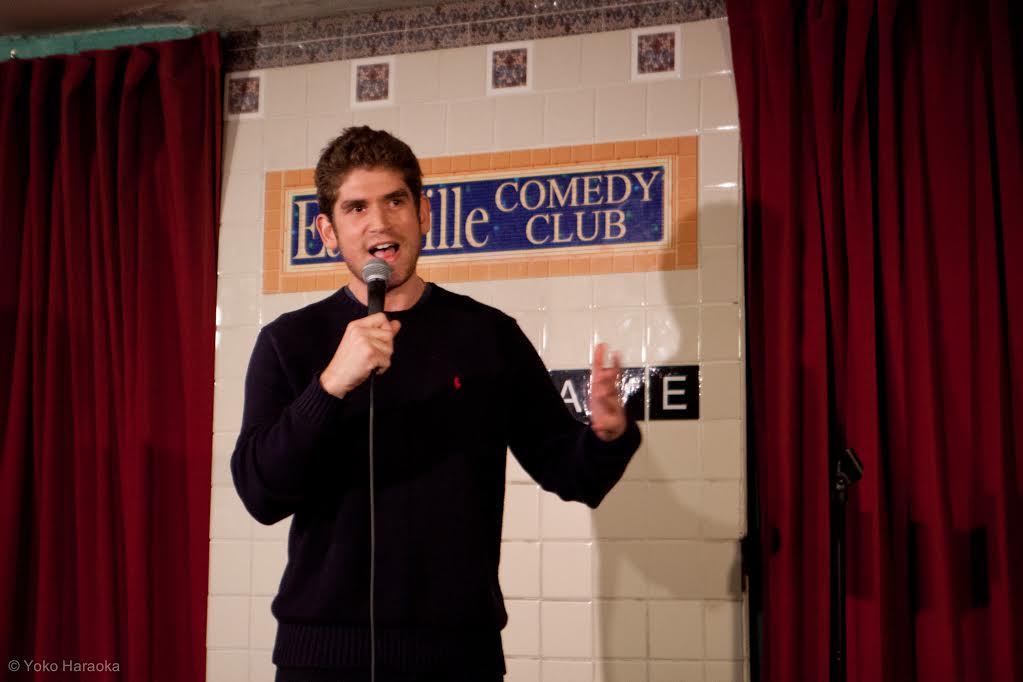 Josh Rosen is a New York City comedian, born and raised in Philadelphia. He is the creator and co-producer of the Happiest Hour Comedy Show, a free Thursday night show that has been featured in Time Out New York and The Village Voice.

Rosen uses his non-threatening, suburban upbringing to make fun of himself, especially when it comes to his anxiety when food shopping. He, along with his mother, is devastated when people don’t like him. Plus, his girlfriend is much, much hotter than he is.

He performs regularly at clubs all over New York, including Gotham Comedy Club, The Stand NYC, Stand Up NY and Eastville Comedy Club.

He has trained at the Upright Citizens Brigade, Magnet Theater and is a graduate of the American Comedy Institute.

Rosen loves his mother very much.