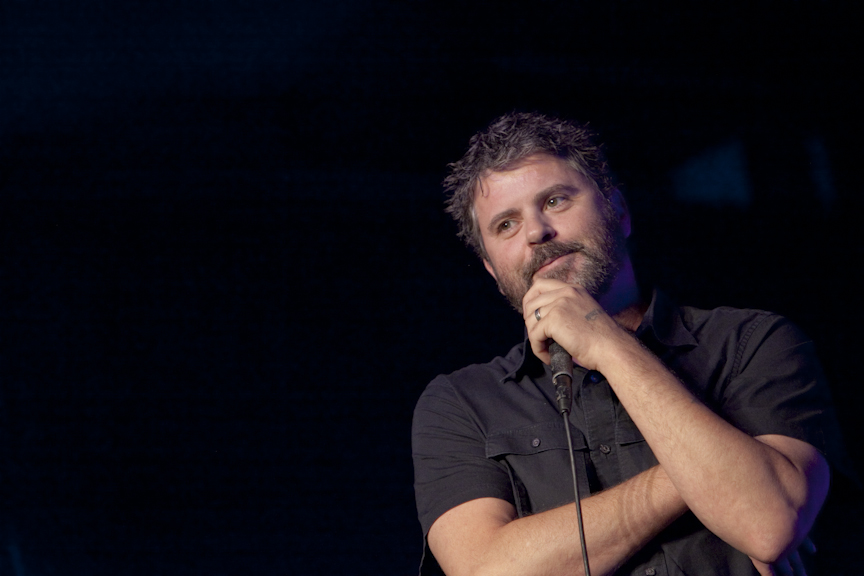 JR Brow is a comedy composer who draws from his eclectic fifteen year collection of jokes, impressions, music, and characters to customize an experience that cannot be described with any one genre. Covering politics, relationships, religion, current events and pop culture, with topics ranging from Columbine to Donkey Kong; JR expertly blends seemingly opposing subjects into a hilarious mix. Brow is one of a few comics to please audiences of every state; an accomplishment that speaks to his range and ability to connect with any crowd.

After seeing his act it is clear why JR has been honored in the comedy world as a finalist in San Francisco’s prestigious International Comedy Competition and selected as a stand out in HBO’s U.S. Comedy Arts Festival in Aspen. Brow has also shared the stage with comedians such as Bill Hicks, Ray Romano, Wanda Sykes, Drew Carey, and has been requested to perform with musical acts like The Monkees and Earth Wind & Fire, just to name a few. JR Brow stands out in the comedy game “like a grain of rice in a bowl of black beans.”