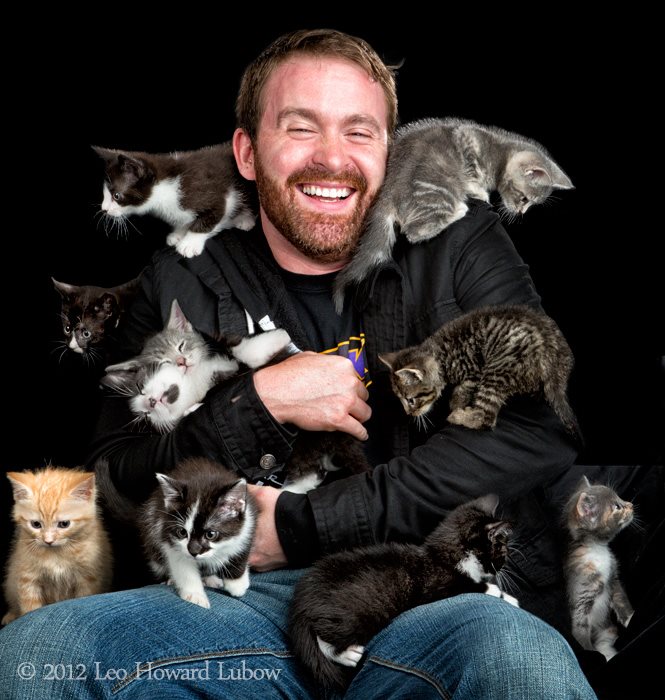 Radio DJ, Voice-Talent, Commercial Actor, and Comedian Justin Ian Daniels is originally from Washington D.C., and now resides in Los Angeles, CA. Justin wears many hats, and each one is covered in feline dander. Apologies if you have allergies, but that’s your burden to bear…not his. Hit cat “Mr. Whiskers” takes precedence over you.

Justin has been seen on various televisions shows such as VH1’s “100 Greatest” series, Lifetime’s “Seriously Funny Kids”, and Disney’s “Shake It Up”. He also had his own major market radio program “The Late Night Fiasco” Monday through Friday on legendary rock station 98 Rock in Baltimore. He now regularly opens for Dumb & Dumber and Something About Mary stand-out Harland Williams.

After being nvited to perform at the prestigious Montreal Just For Laughs comedy festival in 2010, A hilarious on-stage combination of improv, character work, and outlandishly odd material, Justin’s comedy has been described by the Baltimore Examiner as “The best parts of Jim Carrey’s body language combined with the silliness and accessibility of Brian Regan”.

Let Justin take the hands of your heart, and twirl through the forest of funny, you owe it to yourself. You owe it…to Mr. Whiskers.