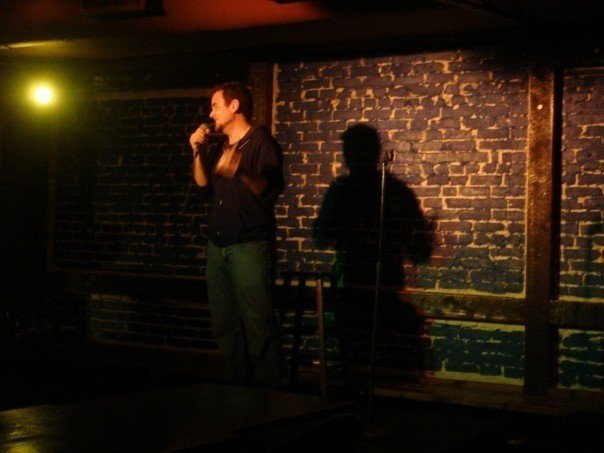 After spending his first 23 years on earth in the mid-west, Justin Murray had become an ever-expanding balloon of self-righteous frustration. The best option seemed to be to move to a place where the environment matched his insides, so in 2003 Justin moved to a place where his foul mouth ranting would blend into the roar; New York City.

After 4 years in the city Justin decided to try stand-up comedy, since he had tried everything else at that point. He performed for the first time in a tiny theater in Queens to a small and very forgiving audience. Since then Justin has been a consistent presence in the New York comedy scene, appearing anywhere from dilapidated basements in Brooklyn to the main stage at Broadway Comedy Club, even finding time to make a brief appearance in the soon-to-be blockbuster independent film America The Mental. In 2009 Justin began co-producing the popular UG! Comedy Show.

His most recent accomplishments include placing as a finalist in the 2010 Waltz Astoria Comic Superstar comedy contest and writing this bio in the 3rd person, which he found very awkward to do. While not working towards his dream of being a full-time professional comedian, Justin spends an embarrassing amount of time playing video games and watching violent television.