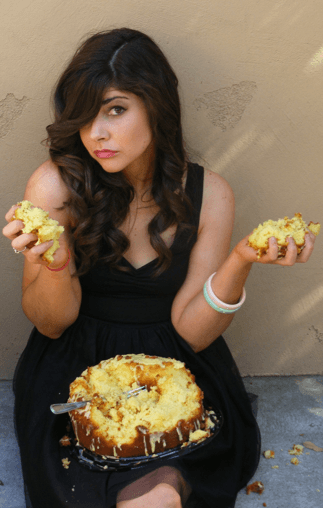 Justine “the Machine” Marino was born in Boston but spent most of her childhood in Denver Colorado. Upon moving to LA she got into improv and sketch comedy at The Groundlings and UCB and eventually on a whim tried stand up. It was a match made in heaven and she has since been playing colleges and clubs across the country, opened for the likes of Joel McHale, Jon Lovitz, and Bo Burnham and is a regular at The Comedy Store, Improv and Ice House in Los Angeles. She often wears a tiara and is probably currently covered in donut glaze as a result of being a single formerly fat child. Please be her Facebook friend and follow her on Twitter @justinemachine, as she needs constant validation from people she doesn’t know. Also listen to her live podcast Three’s 2 Much! Tuesdays from 5-6 pm Pacific time and Toadhopnetwork.com