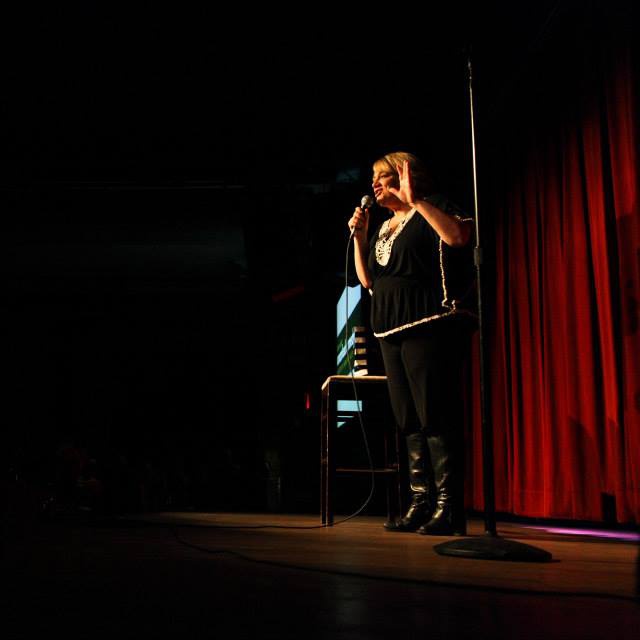 Katina Corrao is an actress, comedian, writer, and performer living in NYC. She just finished a dream job writing questions for The Newlywed Game and warming up The Jenny McCarthy Show! You may have seen Katina on Comedy Central’s Broad City, OWN, HBO, College Humor, Barely Political (with the Key of Awesome), Late Night Republic, and on VH1‘s Big Morning Buzz Live and Best Night Ever. She’s been nominated for an ECNY for Best Female Comedian and has appeared in numerous web series including Jack In A Box (Winner of Best Web Series at the 2010 NYTVF) and Kid Farm! on ComedyCentral.com.  She has an award-winning series of her own called The Good Neighbor Minute, which explores Katina’s desire to be the nosey neighbor in a sit-com. She has been featured in Time Out New York, Reader’s Digest, Broadway World, and in New York Magazine’s Vulture section.  She loves seltzer water with lots of ice and is literally the only comedian in New York City (and probably Los Angeles) who is writing a sit-com pilot starring herself.