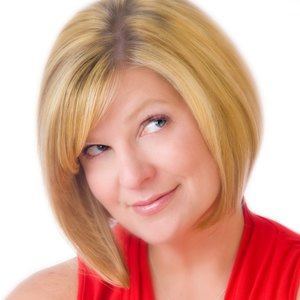 As an experienced stand up comedian, Kelly has an extensive and well-rounded resume including comedy clubs, theaters, colleges and several television appearances.

Kelly is currently touring clubs and colleges across the country and has entertained our US troops overseas. Kelly headlined the 2009 Boston Women in Comedy Festival, was first runner up in the 2009 Boston Comedy Festival and voted Best of the Fest 2010 Aspen Rooftop Comedy Festival. Kelly has also appeared on Stand Up in Stilettos on the TV Guide Channel and Comedy Central’s Premium Blend. Kelly is the host of the web series, Fit or Fad onwww.ulive.com and has been a featured keynote speaker for the American Heart Association GO Red for Women campaign for the last 8 years.

Kelly is currently writing a clever collection of short stories based on her stand up and her life. Kelly is also an experienced humor-wellness speaker. Sharing her life experiences in the unique way that only she can, Kelly leaves audiences pleasantly surprised by her candor.

She captivates the crowd with her charm, and her refreshing yet playful point of view makes her irresistible.