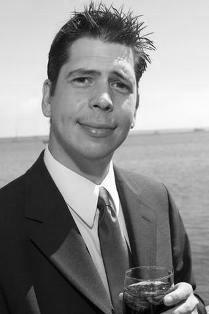 Ken Townsend is the illegitimate child of Molly Hatchet and the Ramones, baptized in corn liquor, lit on fire, raised on a steady diet of pro wrestling and comic books. This son of a Carolina preacher woke up from a drunken blackout one day in 1997 to find himself in San Francisco, and has been trying to figure out his new surroundings ever since.

In the time that Ken has been performing, he has become a favorite at clubs all over California. He was a finalist in the San Jose Improv’s 2004 Battle of the Bay competition within 6 months of his comedy debut, and was also featured in the popular comedy showcase, Darwinista.  Check Ken out if you have a chance, just don’t wear anything flammable.