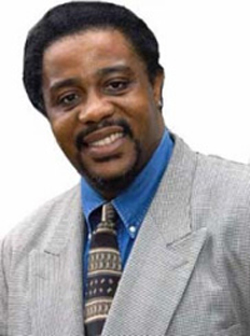 BIG KENNEY JOHNSON has been a strong player in the comedy game for the past 12+ years. From Amsterdam to Indiana, from London to Nashville, from Comic View to Comedy Central, Kenney has ignited the stage while opening for some of the nation’s biggest comedy stars. Big Kenney’s unique and zesty reality-based humor and storytelling is universal in appeal and has proven to be a real crowd-pleaser. Big Kenney is a primary player in Atlanta’s “Blacktop Improv Group” which is the nation’s only improvisational comedy troupe comprised of professional black comedians. A natural born improv artist, Big Kenney’s quick wit and funny characters draws in the audience and holds their attention. He has been seen on Showtime, NBC, BET, and is one of the writers for The Rickey Smiley Show, The Steve Harvey Show, Robert Townsend’s Partners In Crime, and The 2009 Soul Train Awards. He has been teaching stand-up comedy in Atlanta for 5 years and many of his students have gone on to be working professional comedians and directly credit him for helping speed up their comedy careers.