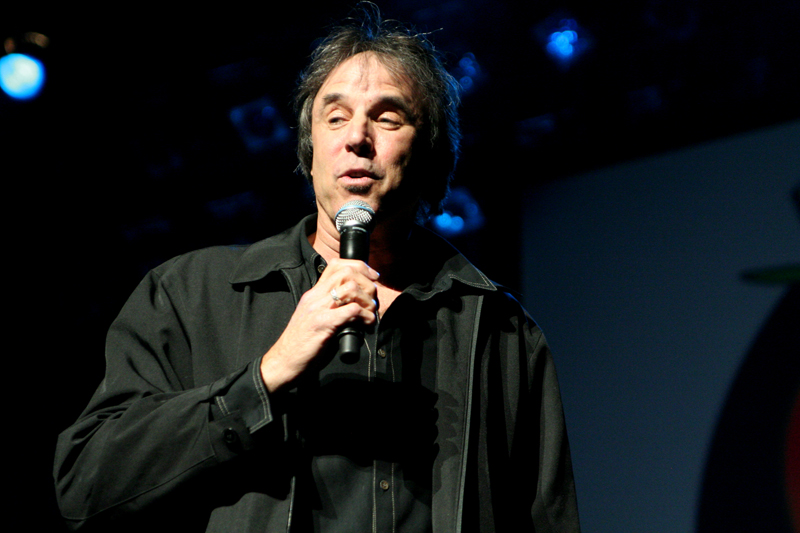 With his unique sense of humor, profound dry wit and likeable demeanor, Kevin Nealon has established himself as one of the premiere television, theatrical and stand-up comedians of his generation.

As a cast member of SATURDAY NIGHT LIVE (1986-1995), Kevin is most recognized for the characters he created, including; ‘The Subliminal Man,’ ‘Hans and Franz,’ and anchoring ‘Weekend Update.’

Currently, Kevin can be seen on Showtime’s, Golden Globe winning hit series, “WEEDS.”  He also provides the voice for Glenn Martin DDS on Nick at Nite, currently in its second season.  Kevin also taped his first one-hour stand up special, ‘Now Hear Me Out’, which is airing on Showtime and is also available on DVD.

Nealon, who made his film debut in the 1987 romantic comedy, ‘Roxanne,’ with Steve Martin, has gone on to star in over two dozen comedies, including ‘Happy Gilmore’ and ‘The Wedding Singer,’ both with Adam Sandler,  ‘Anger Management’ with Jack Nicholson, ‘Daddy Day Care’ with Eddie Murphy, ‘Grandma’s Boy,’ and most currently, ‘Just Go With It,’ with Adam Sandler, Jennifer Aniston and Nicole Kidman, to be released Feb. 14th, 2011.

He recently published a comedic memoir that chronicles his life and his experience with going through his wife’s pregnancy called, “Yes, You’re Pregnant, But What About Me?”

Raised in Bridgeport, Connecticut, Nealon has a degree in Marketing from Sacred Heart University and currently resides in Los Angeles.