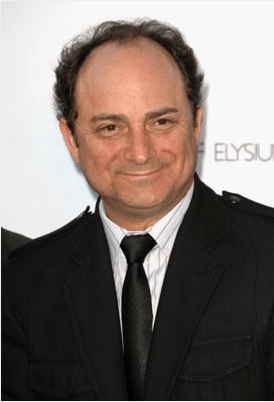 Kevin Pollak has taken over the internet – won’t someone stop him, please…? Having started as a stand-up comedian, and then clearly when no one was looking, becoming an award-winning dramatic actor, Pollak decided three years ago he needed to capture yet another creative flag. This time around, he would forge new ground in the now wildly popular world of creative content online. Within six weeks of the launch of Kevin Pollak’s Chat Show, his weekly live streaming one-on-one talk show made famed Column One on the front page of the Los Angeles Times:

March 15th will mark 3 years since the show started and if you’d like to watch it live, the show streams live every Sunday at 3pm, PST, at http://www.KevinPollaksChatShow.com and then seen and/or heard on iTunes, and now the entire library and all new shows are available on hulu.com at http://hulu.com/Kevin-Pollaks-Chat-Show.

Oh, but Kevin wasn’t done with the interwebs… Oh hell no. After becoming so well known for his Christopher Walken impression, that he’s listed 1st (out of literally hundreds) when you Google the sentence: “Christopher Walken impression,” Kevin launched a comedy podcast called Talkin Walkin. Yep. It’s Kevin speaking only as Walken for an hour about life and the cornucopia of crap that fills it. Joining Kevin each week is an actor and/or comedian friend. This podcast can be heard on iTunes as well as the site: http://TalkinWalkin.com.

Kevin’s latest 1 hour stand-up comedy special, “The Littlest Suspect” thrilled new fans and old alike this past year on tv and is now available on iTunes, Amazon.com and at http://KevinPollak.tv, where Kevin’s tour dates are listed as well.

As an actor, Kevin has co-starred in almost 70 films, including “A Few Good Men,” “Casino,” “The Usual Suspects,” and most recently in Kevin Smith’s “Red State” and next in “Columbus Circle,” which he also co-wrote with the film’s director George Gallo (“Midnight Run”) and then co-stars in Rob Reiner’s “The Magic of Belle Island” with Morgan Freeman and Virginia Madsen.