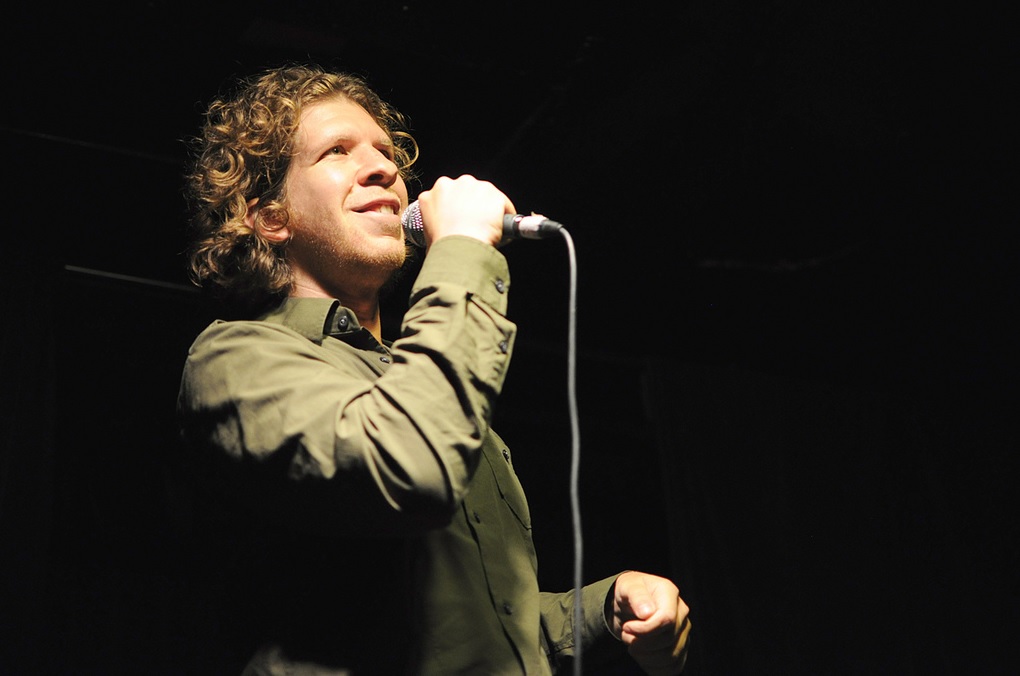 Kris Tinkle is a comedian/ writer that began his career in the famed San Francisco comedy scene and is now currently living  in New York City. He has made multiple television appearances on  The Artie Lange Show and is also a frequent guest on popular radio shows Jim Breuer’s  “Friday’s with Breuer” and  Doug Benson’s “Doug Loves Movies”.  He has performed at many of top comedy festivals including the New York Comedy Festival, SF Sketchfest and the Download Alternative Music Festival.  Tinkle performs standup in clubs and theaters across the country, and is a veteran of multiple USO tours in Japan, Germany, Kuwait, and Iraq. His unique energy and honest, engaging style of underdog comedy continue to win over audiences nationwide.

Kris’ debut comedy CD “Almost Awesome” was released by Rooftop Comedy.
The album charted on iTunes as well as Pandora internet radio
and is in regular rotation on Sirius XM. He also performed in and
wrote for numerous web series on Crackle.com and SuperDeluxe.com. An avid boxing and mixed martial arts fan,
his live sports/comedy web series  “Steel Cage Comedy” was covered by
Yahoo! and Espn.com and was also featured in the sports documentary “Such Great Heights.”