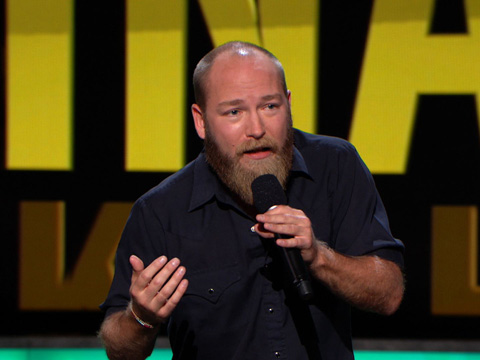 Kyle Kinane is originally from Addison, Illinois, and has been performing for ten years. He has been seen on NBC’s Last Call With Carson Daly, and the BBC’s The World Stands Up. He has performed in the Aspen, Los Ageles, Vancouver, DC, and Leicester (UK) comedy festivals. Now residing in Los Angeles, he is a regular at the Hollywood Improv and UCB theater. He’ll have you know he was rated #5 in the Top 10 Emerging Comedians list on AskMen.com. Check Kinane out on YouTube if you’re ready for “a bleak, misanthropic Ernest Hemingway look-alike with a penchant for suicide jokes,” as one British media outlet described him. But they’re, uh, the happy kind of suicide jokes. Honest.