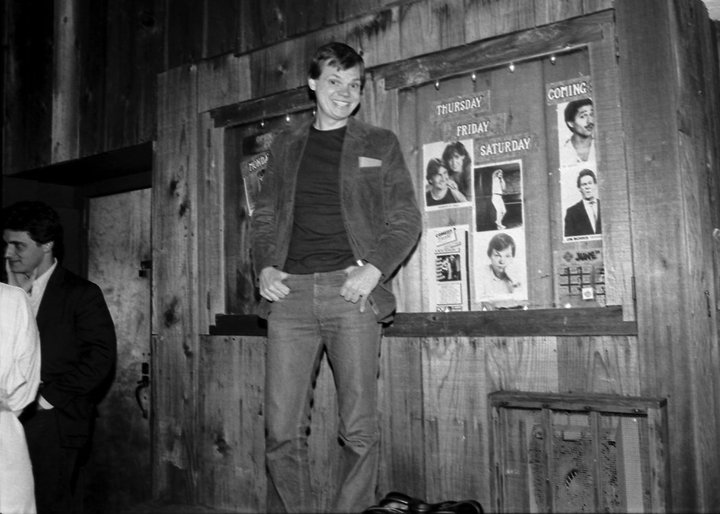 Larry Bubbles Brown is a San Francisco based comedian.

In the first grade he was watching clouds go by at recess and realized we were all going to die. This made him so depressed he just laid under the swings until the teachers came out and brought him back to class. He was sent home with a note.

Growing up in Ohio, he moved to California in his early 20’s, seeking high rents and traffic.

After a series of Kafkaesque payroll jobs for the Federal government, he tried stand up at the Holy City Zoo in SF in l98l. In a few months he was making some money then rode the comedy boom of the 80’s. That crashed in the 90’s because as he points out – “Anything in life you like will be taken away from you.”

Though the boom popped, Brown stayed at it because you can’t beat working half an hour a night.

He has appeared on over 25 tv shows, including David Letterman and will be making another appearance this year. He was also in the movie “The Kiterunner.” He appears in clubs mainly in California and Las Vegas because flying terrifies him even though he was a certified glider pilot before stand up.

He has been a frequent opening act for Dana Carvey and Dave Attell.

Hoping to someday start a vegetarian minimalist pessimist movement, his philosophy of life is “Expect the worst and you will never be disappointed.”