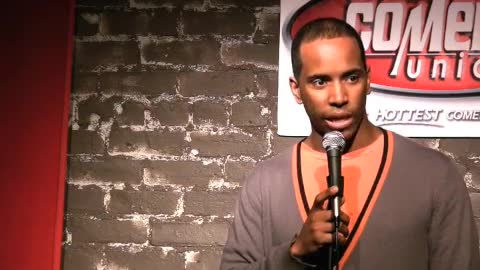 Leonard Robinson is quickly becoming one of the entertainment industries most sought after talents. Whether he’s stealing scenes on tv or film, bringing his hilarious brand of stand-up comedy to clubs and colleges or performing long-form improv, Leonard is always a hit. Currently touring colleges across the country, Leonard’s growing popularity is clearly justified by his brilliant act. Leonard is wildly known as a series regular on MTV’s hit comedy show “Nick Cannon Presents: Wild ‘N Out” and the critically acclaimed ESPN mini-series “The Bronx is Burning”. He has also made numerous appearances in commercials, television, films along the years. On “Wild ‘N Out”, Leonard is one of the few cast members to appear in every episode during the show’s 4 seasons. His work in “The Bronx is Burning” gained him praise from the critics and even cast members like John Turturro, Oliver Platt and Daniel Sunjata. The NY Post has said “Leonard Robinson as Mickey Rivers,…steals more scenes than bases…”