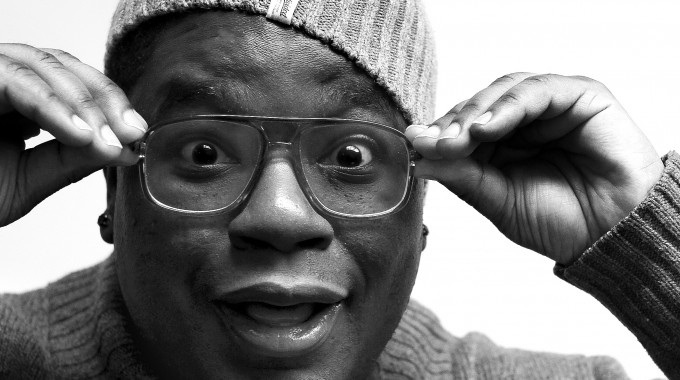 Milton Terrance “Lil Rel” Howery, Jr., a comedian/actor/writer, and Chicago native from the West Side, knew that he wanted to become a comedian at ten-years-old. He realized as an adult that his knack for comedy stemmed from his mother’s natural sense of humor. However, watching “Saturday Night Live” made him want to pursue stand-up comedy and acting. Some of his influences are Richard Pryor, Eddie Murphy, JB Smooth, Tony Roberts, Deray, and Kanye West.

A great deal of his inspiration came from faithfully watching Martin Lawrence on “Def Comedy Jam.” Lil Rel has been a comedian for over six years, but no longer can he be considered an up-and-coming comedian. JHe has arrived,. He’s released his own DVD “The Lil Rel Show” volume one in 2007. He’s appeared on Sean “Diddy” Combs HBO series “Bad Boys of Comedy II,” BET’s “ComicView,” NBC’s “Last Comic Standing,” and TVONE bill Bellamy’s “Who’s Got Jokes?”

With his roots being in Chicago, he commits himself to doing a weekly room at Jokes and Notes Comedy Club called “What Dat Do Wednesday.”

As he continues to meet success, he plans to one day become a producer and eventually have his own sitcom. With Lil Rel’s aspiration and dedication grounded in entertainment as a great legend is the path he’s traveling., Lil Rel is a force to be reckoned with, simply because he’s bringing it, ALLDAY!