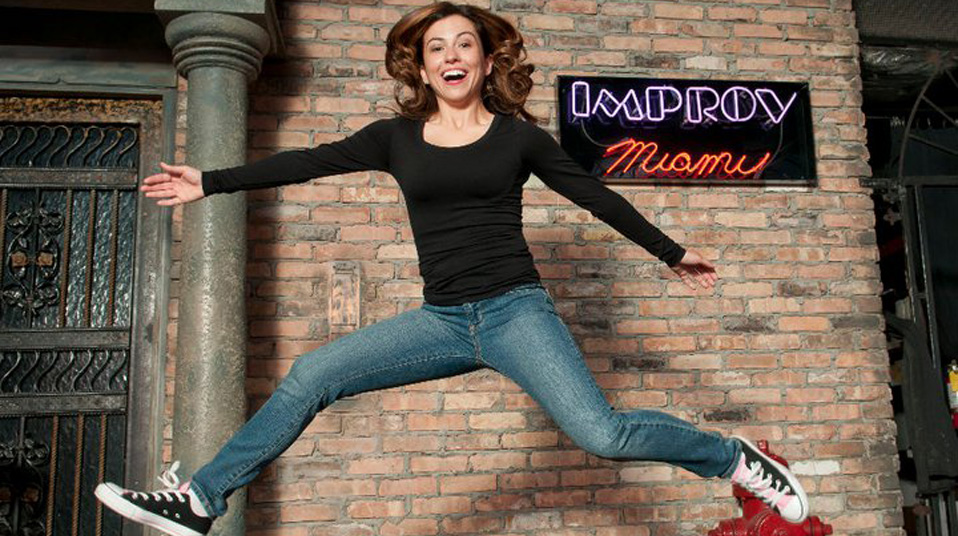 Lisa Corrao never considered being called a smart-ass an insult. Ever since kindergarten, she has wanted to make fun of stuff professionally. Now, all grown up and having left her lucrative career as a public school teacher, Lisa travels the country doing stand-up. She is still fighting the stupidity of the world, but now does it with laughter under the cover of night like a lame superhero who also happens to feel pretty dumb most of the time herself. Recently, Lisa has performed in Comedy Central’s South Beach Comedy Festival, the Women in Comedy Festival, and The Boston Comedy Festival and can be seen on Nick Jr.

Based out of Ft. Lauderdale, FL, Lisa Corrao is a tiny Italian girl originally from New York. So, naturally, she has repressed rage and an innate Napoleon complex that makes her want to take on the world in a big way. Lisa’s love of stand-up came at an early age, as her father would let her stay up late to watch the comedians on Carson and Letterman. Luckily, being a night-owl is also perfect for this profession. Score 2 for Dad’s bad parenting! She grew up slightly misunderstood, as the nerdy book-worm who loved to write funny stories. By high school, while other girls were keeping diaries about boys, Lisa began writing jokes in a notebook. Boys generally ignored her anyway since she was a huge dork.

After college, Lisa became a hilarious 6th grade public school teacher who, unfortunately, was miserable at the end of each day, knowing that she was bursting with funny material to share with the world. She first took to the stage by auditioning for a show called Nick @ Nite’s Funniest Mom in America (yes, she has made a human life too, see resume). Even though she was new and green in the biz, her raw potential took her all the way to the top 10 of the competition. I t was a dramatic start for a brand new comic. After going back home and regularly hitting the underground comedy scene of South Florida, Lisa would then earn her chops and street-cred dealing with a wide range of audiences. Like an abused animal, she emerged with an edge that wasn’t seen in those first bright-eyed moments with Nick @ Nite. Her material is clever, sarcastic, and a little dark, delivered with the smile and warmth of your favorite grade school teacher. She has since quit teaching to pursue comedy full-time. Catch Lisa Corrao at a comedy club, on twitter (@lisacorrao), or perhaps at a seedy bar near you!