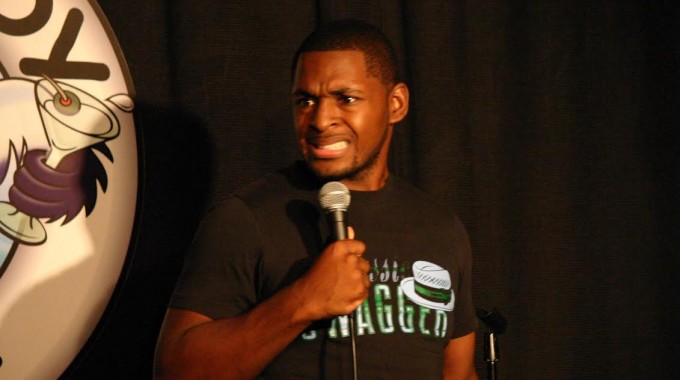 Lonnie Bray is a young up and coming comedian from Jackson, NJ. He started his comedy venture at The Stress Factory in New Brunswick, NJ while attending Rutgers University, The State School of New Jersey. From there he has been various places in New Jersey, New York, Washington D.C., North Carolina, and South Carolina.

Lonnie decided that comedy would be his career path after attending a Tracy Morgan show in New Jersey. Being in an environment where people laugh and are full of joy because one man’s perspective on life was something Lonnie wanted to be a part of for the rest of his life.

Lonnie attributes his comedy to his fiancé, two older brothers, his mother, and his father. They inspire many characters that Lonnie creates on stage. He also loves to talk about relationships, his family, his childhood, and how he was overweight all through high school. You can see him regularly at Scotty’s Comedy Cove in Springfield, NJ. Sky’s the limit for this very likable 25 year old comedian.When someone gives him a compliment on his comedy, his response is always – “I’m just getting started”.