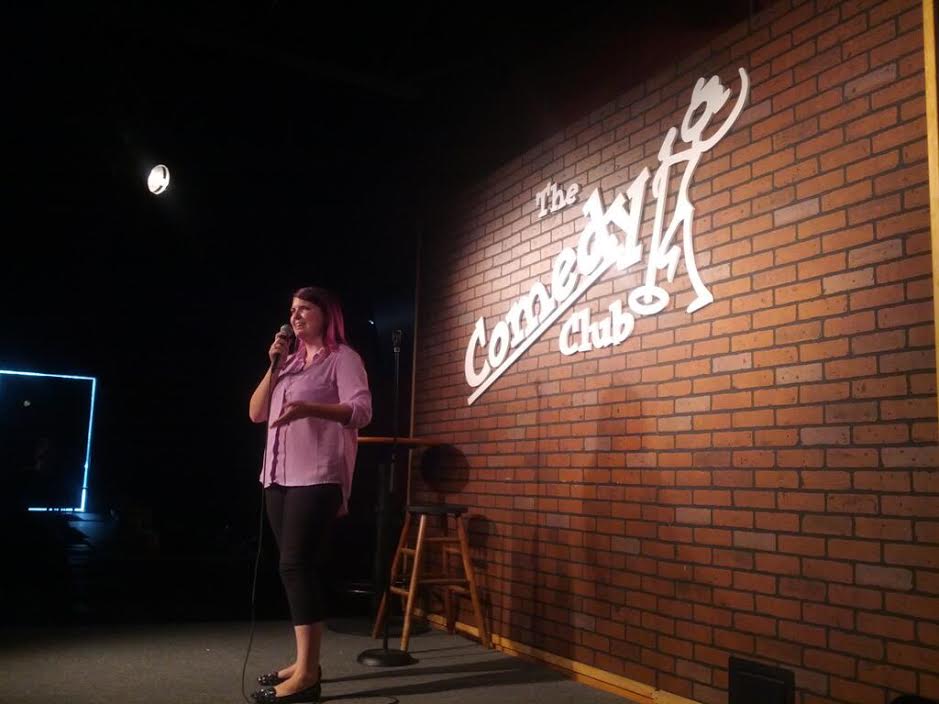 Madelein Smith is an actress and comedian based out of Rochester, New York. In college she started working for youtube making embarrassing videos that people would occasionally watch.Sometimes those people would send her angry emails about disrespecting Harry Potter. After college, she decided that she was going to finally try stand up comedy, and then she went to open mics and stared at people from the back of the room while silently judging them and never writing her name down. Finally, after many months of silent judgement, she decided to jump right in, because that always works, right? She entered herself in the Funniest Person in Rochester Contest, and performed her first stand up set. She ended up being a finalist in that competition, probably because she forced friends to come and vote for her.She is the creator and host of a monthly all female comedy showcase entitled “Rage Against the Vageen” at The Comedy Club in Webster, NY. She is a regular on the “dirty shows” produced by Helium Comedy Club. She has opened for Rachel Feinstein, Bobby Slayton, Rich Vos, Mike Recine, Janeane Garofalo, Marianne Sierk, and more. She has produced a “Rage Against the Vageen Show” at the Huron Club in Soho, and has been a featured performer at the Dirty Hoe Comedy Show in NYC, and at Stand Up NY. She also tours the upstate area with Great Lakes Productions, playing Maria in Joey and Maria’s Comedy Wedding. When she’s not doing stand up or portraying a strange Italian Bride, Madelein is cuddling with her cat Lady Gaga. (Who doesn’t like to cuddle, so it’s really more of a forceful situation.)