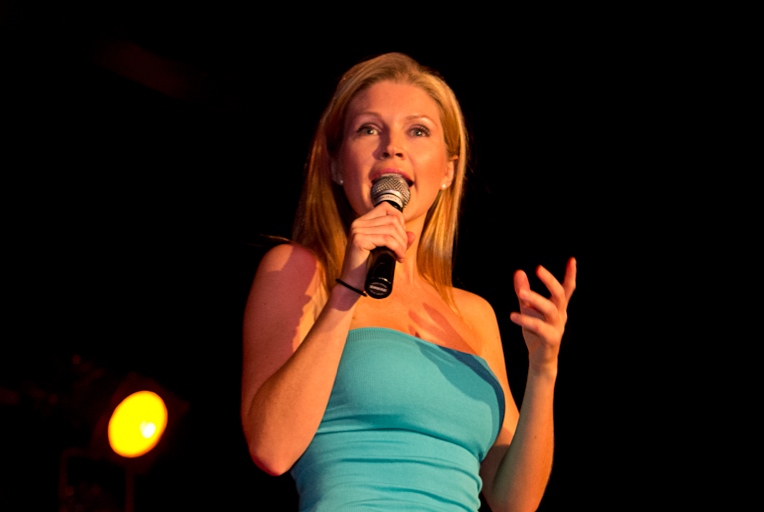 Madison Malloy was born and raised in Denver where she got into trouble in the 5th grade after telling her first risqué joke before she even knew the meaning of risqué. Despite her looks, she’s more of a dude. She likes playing golf and lacrosse, going to barbeques, and drinking beer. Guys don’t want to bring her home to meet their mothers; they want to bring her home to meet their fathers. She’s “the girl next door “– if that girl was a cross between Barbie and a longshoreman. Madison had a fascination with finance from an early age. When other kids were asking for an Xbox, Madison was asking for a Bloomberg Terminal. After college, she took a job on a Wall Street trading floor witnessing co-workers throw phones and smash computers. This proved a natural segue to comedy.

She performs stand -up around the country in such venues as Gotham Comedy Club, New York Comedy Club, Broadway Comedy Club, Greenwich Village Comedy Club, Stand UP NY, Comedy Works as well as other various clubs across the country. She can also be seen performing at colleges and casinos. Her quick wit has gotten her commentary jobs on various networks and she can be heard frequently on SiriusXM radio and Dish Network. A versatile talent, Madison has acted in dramatic as well as comedic roles in TV pilots and independent films. She has also written screenplays that have garnered attention from some top industry players.

Being a native Coloradoan, Madison loves mountains – which is why she finally bought a set of her own. They are 32Ds.