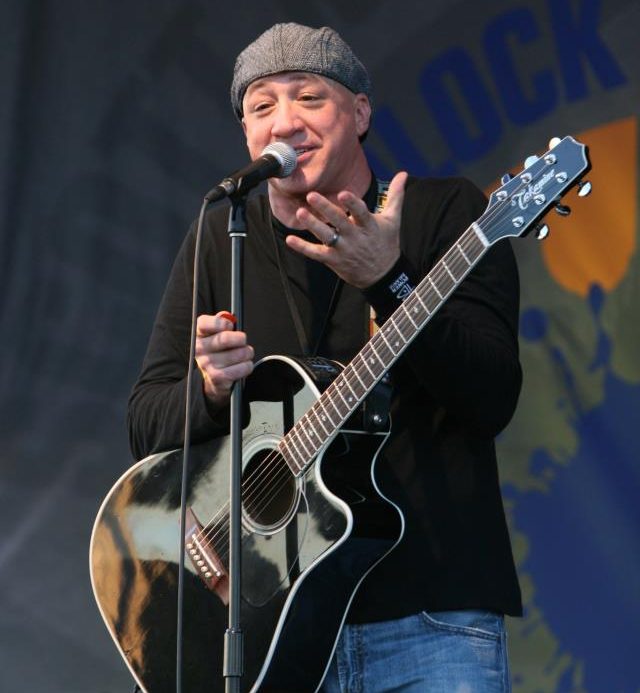 Having toured professionally for 14 years as a musician/singer/songwriter, Eddie has a knack for putting a satirical spin on pop anthems, music headlines & rock legends.  With guitar in hand & tongue firmly in cheek, he tackles burning questions like:  How does music of the 70′s, 80′s & 90′s stack up to today’s hits?  How are heavy metal & polka similar?   “They’re either brief moments of  genius, or I have way too much time on my hands”, says Eddie with a grin.

As if performing 250+ shows a year at theaters & major corporate events for names like Verizon, Medtronic MiniMed, Bayer, Disney & Vans isn’t enough,  Eddie has also spoken &/or sung some of the most recognizable spots for Nickelodeon, SHowtime, Nintendo & Sears among others.

Before comedy, Eddie *the musician* toured & opened for national acts like Jackson Browne, Melissa Etheridge & Toad the Wet Sprocket.  While being singled out twice in Billboard Magazine, nominated 5 times for the NACA  “Campus Entertainment Awards” and topping the CMJ charts again & again, Eddie had a burning desire to explore comedy.  Today Eddie *the comedian* tours internationally & headlines LA’s legendary comedy venues.  “One day,  I  went from rock musician to rock comedian”, says Eddie.   He even occasionally sits in as part of  various All-Star Band  line ups together with members of The Doors, Fleetwood Mac, Boston, No Doubt, The Doobie Brothers or Steely Dan. No matter what, Mark Eddie will simply make you smile with his beaming, positive energy.