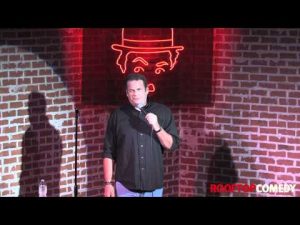 He’s performed on HBO, Comedy Central, and “Night Shift” with Kevin Ferguson. He’s hilariously out of control. Growing up in a large family, Sweeney realized early on that his humor got him a lot of attention. A jack of all trades, this sarcastic and silly comedian has served as a bus boy, construction worker, real estate agent, copier repairman and even in the Marines.