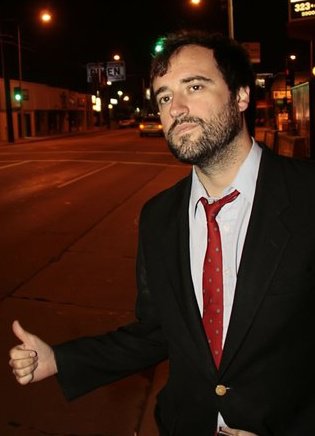 Matt Fulchiron been doing comedy since he was one and a half. The first time he stood up, he was already on stage doing stand-up. After years and years of performing at numerous comedy clubs and sleeping with all the wrong people in Hollywood, Matt made his first television appearance on “The Late Late Show with Craig Ferguson.” If you saw the clip, Matt’s the guy with the microphone telling jokes that’s not Craig Ferguson. Backstage, Matt was completely snubbed by Kristen Bell and Ted Danson in the hallways of CBS studios. A regular at The Comedy Store and the Irvine Improv, Matt has appeared in the HBO Las Vegas Comedy Festival, and was recently fired by Andrew “Dice” Clay in Miami, Florida. Matt’s half-hour “Comedy Central Presents” special airs this season.