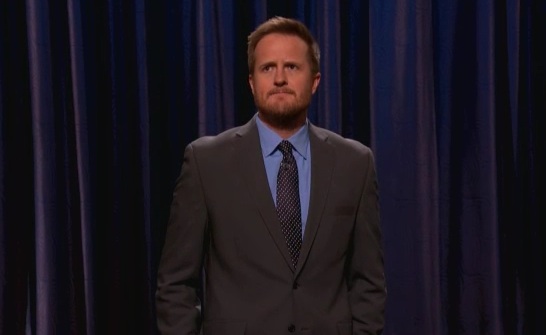 Matt Knudsen (Kah-nood-son) was born in Hawaii, raised in the Mid-west and traveled around the world as a merchant marine. After eventually putting down his sea bag, he picked up a microphone and began performing comedy in Los Angeles and New York. As a stand up, he’s appeared on Conan and The Late Late Show, as well as several festivals, including the prestigious Just for Laughs Festival in Montreal; where his appearance garnered a “Best of the Fest,” nod. You can see Matt share the big screen with Sean Penn in Warner Brothers feature Gangster Squad or you may recognize him from his work in Go On, Big Love or Men of a Certain Age just to name a few. Matt’s also been a part of several high profile commercial campaigns for BMW, Apple Computers and GE; which have aired during the Superbowl and The Olympics. His album The Comedy Stylings of Matt Knudsen “Mixes droll observation with dry, almost hypnotic delivery,” (The Onion A.V. Club) and his style has been called “Amazingly measured and deliberate…Well done.” (Punchline Magazine)