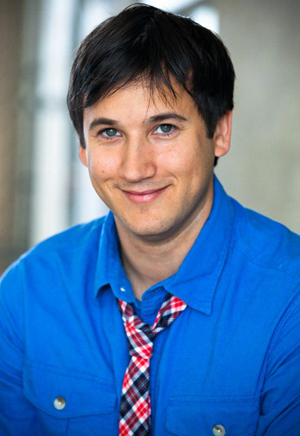 Matt Ritter recently traded big law for the big stage. He graduated of the University Pennsylvania Law School and worked as a corporate lawyer at both Kirkland and Ellis and Mayer Brown before leaving the law to pursue comedy. He is the co-creator of a new television series “Chained to My Ex” which premiered on MSNBC this year to rave reviews.

His standup has been featured on “Man Up Standup” on the Maverick channel, and he has been a guest commentator on CBS News, Fox News “On the Record”, NBC,MTV.com, ComedyTime TV, and Askmen.com. He recently participated in the Big Sky Comedy Festival, the Ventura Harbor Comedy Festival and the NY Underground Comedy Festival and was a finalist for Resident Magazine’s “NY Funniest Resident.” He has guest hosted Sirius XM “Raw Dog” Comedy and he performs regularly at the Hollywood Improv, the Comedy Store, Gotham Comedy club as well as at colleges, corporate events, casinos, and military shows across the country. His hit webseries “The Bottom Rung” won multiple awards at the LA web festival this year. He recently starred in a national Sears commercial and his viral videos have been featured onComedy.com, Worldstarhiphop.com, Dealbreaker, Fierce Finance, the Wallstreet Journal online and WPIX News. He is a frequent guest on the “Man Panel” of the pop culture site, Crushable.com. He is also a writer for various publications, including Readers Digest, Bitter Lawyer, Only in Law School, the Lawyerist, as well as one of the members of the Gotham Jokewriters staff.