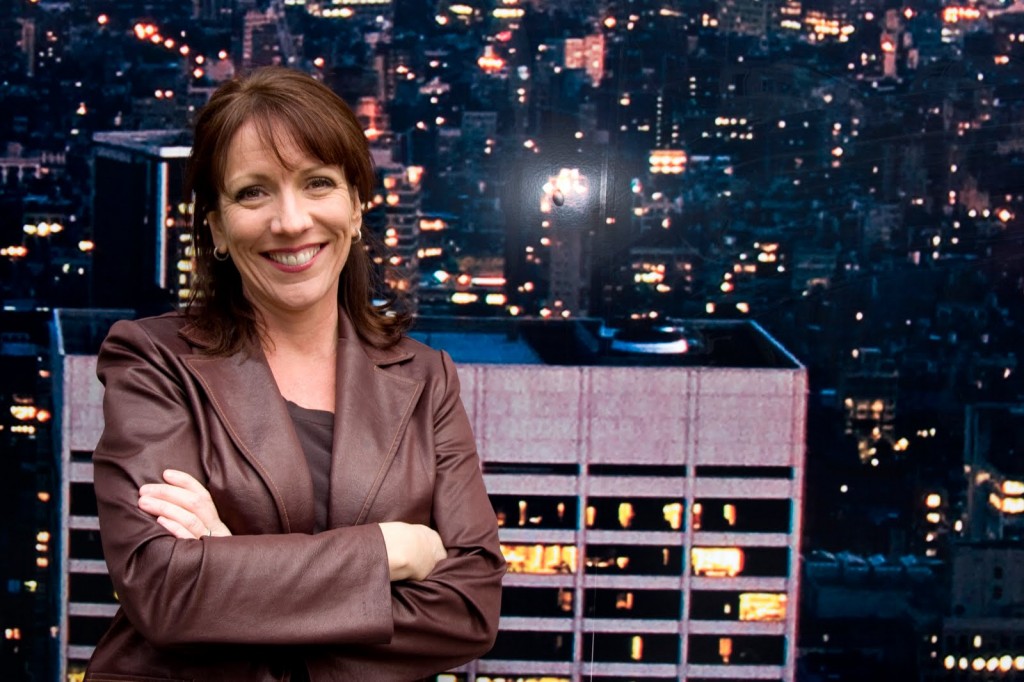 I’m a New York City-based standup comic – been one for 14 years.  My Irish immigrant mother and garbage man father told me and my five siblings that if we got educated and worked hard then life would reward us.   I scoff at them. Life is rewarding Paris Hilton, the Kardashians, and those freaks of The Jersey Shore. It makes me crazy! People ask “What does a gal from New Jersey have to do to make it in the biz?” Apparently, she has to do a governor from New York.

I’m a regular at Carolines on Broadway, one of the country’s premiere comedy clubs. I perform at clubs and festivals throughout the United States and the world, including Ireland, Scotland, Canada, New York, Boston, and Nantucket.   I’ve opened for Joy Behar, Steven Wright, and Rosie O’Donnell.

Prior to my life as a comic, I was a broadcast journalist for public television, where I covered politics and issues, and Bloomberg TV & Radio, where I satirized news and did man-on-the-street and celebrity interviews.  I created and hosted The Radio Ritas, a nationally-syndicated morning talk show.   I’ve chatted with Howard Stern, Joan Rivers, Phyllis Diller, George Carlin and many others.    I’ve won awards, made money, and had a dental plan.  I got into journalism because I had questions; now all you need is cleavage.

I continue to contribute commentary on television.  I’ve been on The Joy Behar Show, Fox’s Red Eye, MSNBC, ABC News, and The Onion.  I’ve also appeared on Comics Unleashed, HBO, in the Paramount Pictures film “Marci X,” and in many national commercials.  The Newswomen’s Club of NYC named me Best Commentator, and Planned Parenthood honored me with their prestigious Magee Award for commentary.

The Manhattan Association of Clubs and Cabarets (MAC) voted me Best Female Comic of 2009, which means the gay boys dig me, and I dig them. I was a finalist in the 2009 San Francisco Comedy Competition. They tell me I’m the first woman in nearly two decades to finish in the top three.  The last one was Ellen Degeneres.