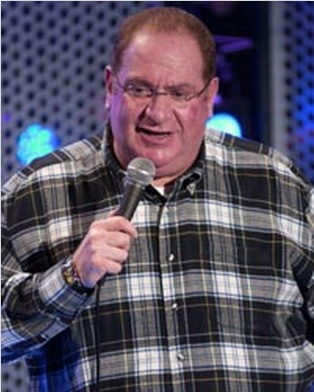 Max Alexander is one of the few comics to have appeared on The tonight Show with Jay Leno… and Johnny Carson! Max is one the the most sought after Motivational speakers lecturing today.Max’s face is instantly recognizable from such movies as “Forgetting Sarah Marshall”with Jason Segal, Man on the Moon with Jim Carrey, Punchline with Tom Hanks and Roxanne with Steve Martin.Max has and can be seen on many television shows such as “the 9” on abc. the Emmy Award winning ABC drama The Practice, Hollywood Squares and on HBO and Comedy Central. Max’s voice can also be heard in the comedy hit The Farce of the Penguins. As far as stand up goes, well…Max has performed with the best of the best. From Frank Sinatra, Julio Iglesias and Tom Jones. And Max hasn’t just shared the stage with these icons once or twice, he has delivered the goods consistently for well over 3,000 shows. Max Alexander is one of the top corporate comics in the country today. Max has performed over the years for such companies as McDonald’s, Buick, Home Depot, Acura, Pepsi, to name a few.