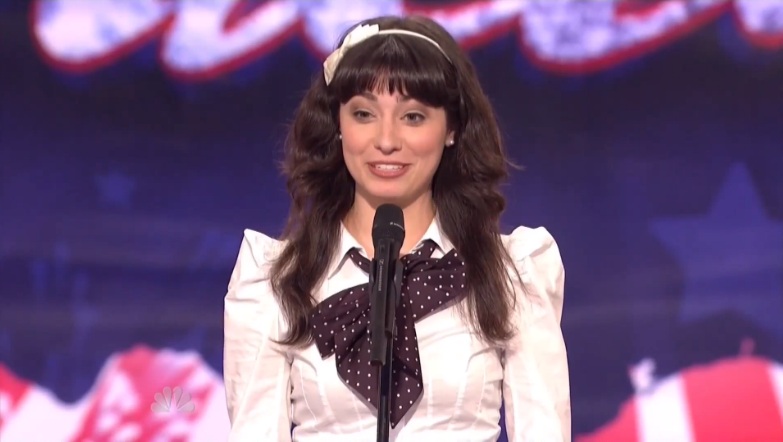 Melissa Villasenor is a stand-up comedian and impressionist who is currently in the Finals of NBC’s hit show, “America’s Got Talent.” She grew up in Los Angeles and started stand up in Comedy Camp at the age of 15. And now, you can catch her as a regular at the Improv, Comedy Store and Comedy and Magic Club.

Melissa made her first TV appearance doing Ellen DeGeneres and Sarah Silverman impressions on “Frank TV” on TBS. She also appeared in the Just for Laughs Montreal Comedy Festival as part of the New Faces show in 2010. Recently she played a part as Nora Ephron on Fox’s “Family Guy” and voiced various characters on Cartoon Network’s “Adventure Time.”

You can catch Melissa perform her many voices all around the country and in her one-woman show, “I’m Not Myself.”