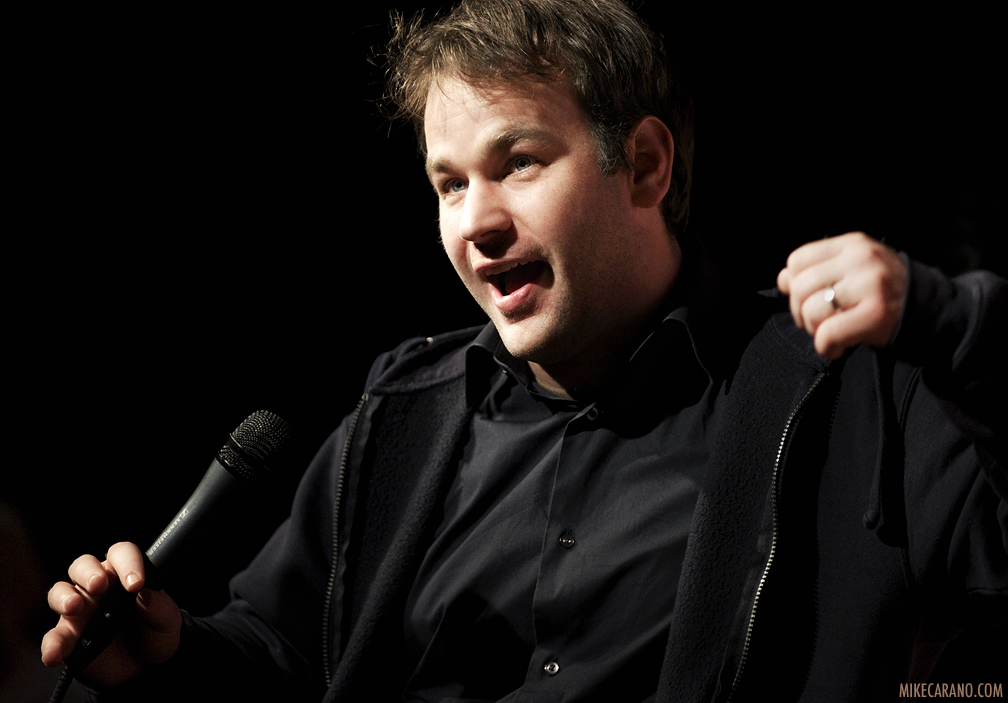 Mike Birbiglia is a comedian, filmmaker, actor, and writer. He has earned fans across the world for his one-man show Sleepwalk with Me, which tells the story of Mike’s sleep disorder and relationship with his longtime girlfriend. The show is adapted from a story Mike originally told on NPR’s This American Life. The highly successful off-Broadway show was presented by Broadway legend Nathan Lane, who became a huge fan of Birbiglia after seeing his stand-up act. In 2011, Comedy Central Records released Sleepwalk With Me, which debuted at #1 on the Billboard charts. Mike also released a book version of Sleepwalk with Me, which became a national bestseller. In 2012, Mike and radio host Ira Glass co-wrote a film adaptation of Sleepwalk with Me, which Mike directed and starred in. The film received glowing reviews and an enthusiastic Twitter campaign from fans helped bring Sleepwalk to hundreds of additional movie theaters around the country. Prior to Sleepwalk, Mike had appeared on more than 40 talk-shows, including Letterman, Conan, Fallon, Kimmel, Craig Ferguson, and Carson Daly. In 2007, Mike released My Secret Public Journal Live, which was named one of the “Best Comedy Albums of the Decade” by both USA Today and The Onion’s A.V. Club. Mike has had three Comedy Central specials, including the one-hour What I Should Have Said Was Nothing. Mike’s storytelling skills have been praised in countless publications, including The New York Times, Associated Press, and Time Magazine. Mike recently debuted his new one-man show, My Girlfriend’s Boyfriend, which he has performed off-Broadway and across the country, to rave reviews from critics. Mike is currently working on a film adaptation of the show.