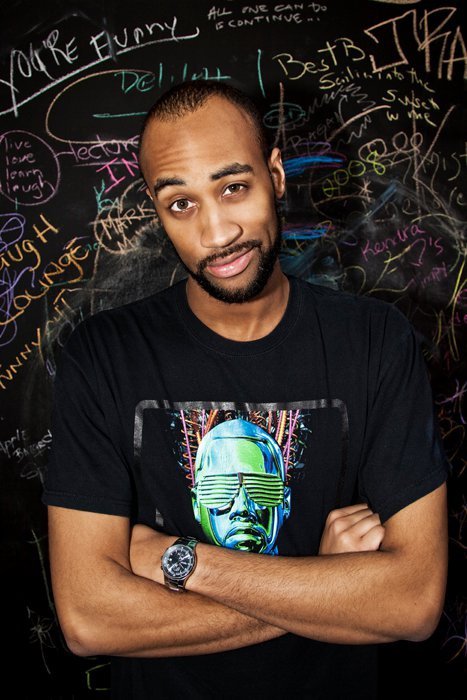 Mike Brown is a comedian and writer from Harlem, New York. He’s performed at Caroline’s Comedy Club, Stand Up NY, Laugh Lounge, EastVille Comedy Club, and other venues all over New York. He also hosts events, including one at SUNY where he did a pretty awesome job. Really! He knows that because 128 audience members became his Facebook friend afterwards—and we all know how hard it is to get Facebook friends.

Mike Brown’s first time doing stand up was in the third grade for a talent show.He didn’t win. Those judges were idiots.

Mike Brown is also quite the scholar and journalist. Really. He was an Applied Mathematics major at NJIT until he decided that math sucked. No, he was NOT a loser*. He transferred to Hunter College and got his BA in English Creative Writing while completing the Thomas Hunter Honors Program. Oh yeah, he’s THAT awesome. His work has appeared in KING Magazine, Kicksclusive Magazine (where he was the Music Editor for three years), and on allhiphop.com. He also gave college girls dating advice on UniversityChic.com. If you do a search, you’ll find some gems that he won’t admit to writing. Impressive, right? I KNOW! He’s TOTALLY dateable.

Mike Brown has appeared on Oprah Winfrey Network doing stand-up comedy. That’s the network, not to be confused with the Oprah Winfrey Show. And it was only an appearance, his jokes were hilarious but didn’t make the final edit. Not to worry, though. The San Francisco Sketchfest 2012 featured Mike Brown as a part of the Rooftop Comedy showcase.** The people at Rooftop Comedy are nothing like those judges in the 3rd grade.