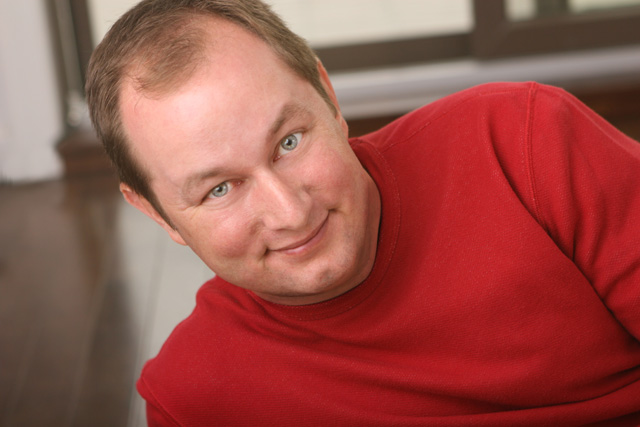 I grew up in North Carolina and Delaware, listening to George Carlin, Eddie Murphy and Steven Wright. I moved to NYC after college with a Theatre Arts degree in hand. I was between off-off-off Broadway shows, waiting tables and bartending when I discovered that restaurant owners are crazy and chefs are nuts and I couldn’t tell one more lady what was in a rum & coke. I needed to perform. Anyway, one day I woke up and decided to stop talking about being a comic and actually do it. That night I paid $5 for five minutes of stage time and have been doing it ever since. I’ve traveled all over the country, met some fantastic people and made most of them laugh. This is the best job I’ve ever had, including the Gap. Since I’ve been in New York, I’ve been in the music video “Softly” by Noelle Noelle, the independent film “In 21 Days” and I was also featured in the t.v. variety show “The Fring” that features up and coming comics and bands. Soon I’ll be seen at film festivals all over the country as Frank, who turns into a werewolf, in the independent feature “4 for Dinner”; a comedy-horror from the award winning director of “The Risen”, Scott Klein. I also did an episode of Law and Order:SVU; I was great as “Extra #187”. I have showcased at many NACA’s including East Coast, Upper Mid-West, South Central, South Region and Heartland of America. I’ve enjoyed performing at colleges from Maine to the Dakota’s, New Mexico, Florida, and Colorado. I have had the pleasure of opening for national acts such as Emo Philips, Dave Chappelle and Jim Breuer. When I’m home I perform in the clubs in New York City and spend time with my family. It has been said that I have the southern roots that make me hospitable and enough New York in me to give me an edge.