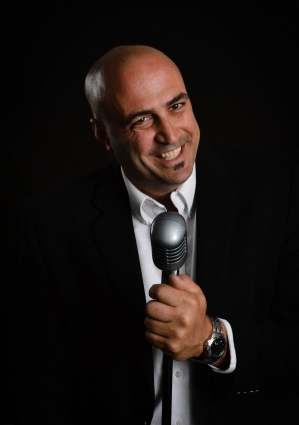 As an entertainer for the past 26 years, Mike Koutrobis has seen it all.  He began his comedy career at Stitches Comedy Club in Boston, Ma in 1993.  His comedy style combines a witty, yet sarcastic commentary on interesting people he has met in his travels, his life growing up in an occasionally dysfunctional family and the difficulties of being a man.

Mike is a regular at clubs and colleges all across New England and New York: opening for such performers as Lenny Clarke, Bob Nelson, Harland Williams and Anthony Jeselnik.  He can also be seen in the upcoming movies, “Grown Ups 2” and “R.I.P.D”

As well as performing on the comedy circuit, Mike fills his days as a Wedding Dj, Musician, MMA Ring Announcer, Actor and Host/MC for many events throughout the area.

His high energy and physical antics make Mike a highly sought after performer in the Northeast.