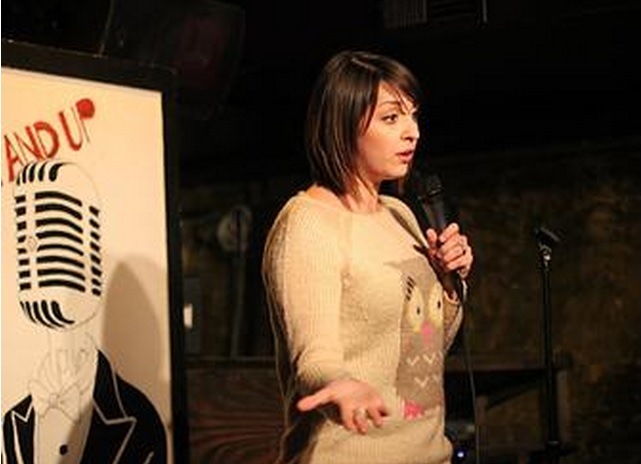 Monique Madrid is a Los Angeles comedian, writer and actor. She is also the West Coast Editor of SerialOptimist.com and is a licensed hair and makeup artist (moniquemadridstyling.com).

Monique recently moved to Los Angels from Chicago where she performed standup, improv and sketch comedy in festivals around the country and with ​The Second City, iO, The Annoyance and ComedySportz. She is a monologue writer for “Talk Hard”, Chicago’s favorite late-night comedy talk show. She’s been seen at The Laugh Factory, Zanies, Flappers Comey, Chicago Underground Comedy, The Shit Show, 100 Proof Comedy, The Kates, and in festivals such as the Chicago Women’s Festival and The All Jane No Dick Festival, among others. Her show, “Bitch, I’ll Cut You”, a late-night talk show meets improvised hair salon was named one of Time Out Magazine’s “Critics Picks” and continues to receive rave reviews. Now in LA, she performs with Mission Improvable, Dinner Detectives and is establishing herself in the standup scene. She can also be seen in the occasional Television commercial and her podcast “Marriage Is A Joke” is coming out in early 2014.