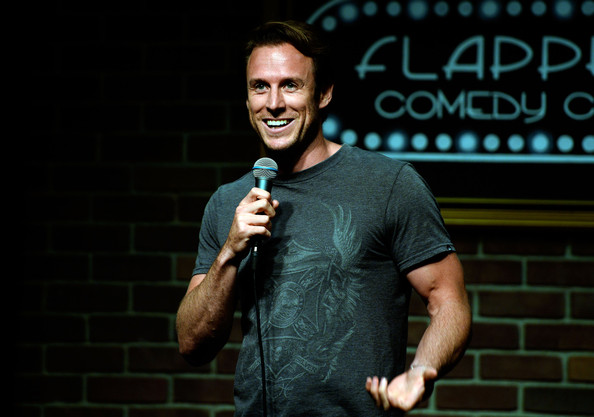 Monty’s numerous television performances include Channel 10s The Circle, Foxtel’s Stand Up Australia, and as part of The Comedy Channel’s special – The Best Of Stand Up and Comedy Gold. He featured as a finalist on Foxtel’sComedy Gold Pitch Competition and was interviewed before the 2006 Melbourne Comedy Festival. Performing sold out shows at the Melbourne International Comedy Festival in 2005, 2006, 2007 and 2010, he received wide recognition and praise for his shows The Full Monty, Monty McFly andEyecandy with Troy Kinne, Tom Siegert and Dave Thornton.

The winner of The Comic’s Lounge Stand-up Competition 2006 and the Melbourne winner and national finalist of The Green Faces Comedy Competition, Monty has performed at hundreds of sporting clubs and corporate functions across the country, including The Children’s First Fundraiser 2008,which saw Monty heading the comedy team in the debate “Is Comedy More Entertaining Than Sport?”

Monty’s short story won first prize in the 2005 Tourism Australia Mpeg Promotions Competition for his take on tourism in Australia. As a result of his versatile humour which appeals to a wide range of audiences, Monty is one the brightest young stars in comedy today.

Monty, along with Troy Kinne, formed the company 100 Easy Street Productions, which has produced two TV Pilots of sketch-comedy show No Monkeys on Bikes. The duo also had a weekly radio show on Fox FM and have produced a number of short films featuring in festivals around the world.

Monty was the host host of the pilot Tv Show ‘Australia UpLate’ and with comedy mates Troy Kinne and Tom Siegert filmed a forth pilot with Channel 7 for a comedy travel show seeing them performing comedy and taking in the local culture of New Zealand. In addition to writing and video production, 100 Easy Street also produce the comedy team Ear Candy, made up of Monty, Troy Kinne, Tom Siegert and Dave Thornton, performing at fundraiser nights and sporting clubs all over the country.

Monty Franklin is now based in Los Angeles where he regularly performs at The Improv Comedy Clubs, The Comedy Store and all major comedy clubs around LA, the only Australian to be doing so.