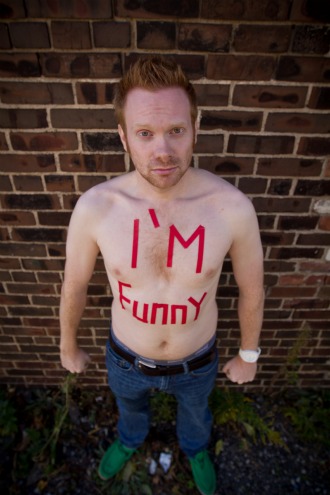 With his ranty, ‘need to get this out’ style, Nathan Macintosh is an award winning comedian who offers a deeper, different perspective that’s always fresh and funny. His opinions and thoughts focus on a unique sense of individuality, making him compelling and interesting, while touching on topics most people overlook, and leaving them thinking about them for days after.

Nathan has also been heard on radio, having taped multiple episodes of CBC radios “The Debaters”, XM radios “Laugh Attack” and “Chomping at The Bit”.

He has been nominated for multiple Canadian Comedy Awards, including ‘Best Writing’ and ‘Best Taped Performance’, winning one in 2009, and winning the Tim Simms Encouragement Award in 2007.