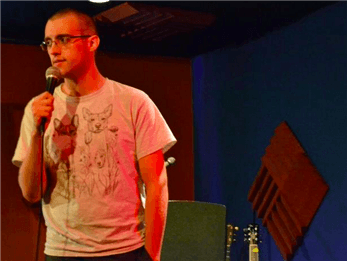 Nick Caron has been performing comedy since age 14. His humor is a mix of dark observation and abstract association. Wit is his weapon of choice.

Currently, Nick Caron hosts a comedy open mic in Northampton, MA, and can be seen performing all over the Boston, CT, and RI area including Comix at Foxwoods and Catch a Rising Star.