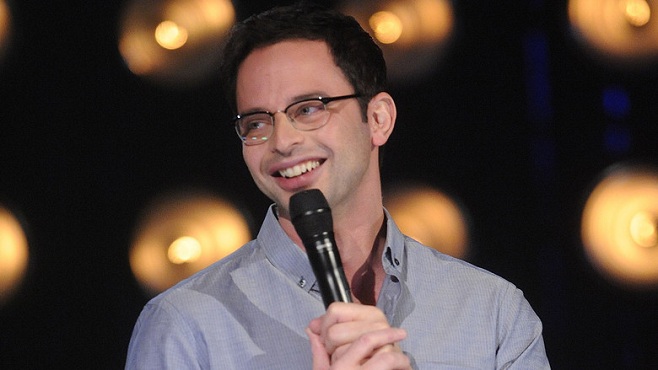 Nick leads the pack of a new generation of comedy minds as a versatile actor, writer and producer. Currently, Nick stars on FX’s critically acclaimed series, THE LEAGUE, a part-improv, part-scripted comedy. Nick’s Comedy Central Series, THE NICK SHOW KROLL, which he created and stars in, will premiere on the network in 2012. Nick’s Comedy Central hour-long special, THANK YOU VERY COOL, was

Additionally, Nick lends his voice to the animated series, THE LIFE AND TIMES OF TIM, for HBO, in which he plays Stu, Tim’s best friend. He also has recurring roles on Adult Swim’s CHILDREN’S HOSPITAL and
NBC’S PARKS AND RECREATION.

Nick’s writing work includes contributions to CHAPPELLE’S SHOW, THE LIFE AND TIMES OF TIM, HUMAN GIANT and the best selling coffee table book, BAR MITZVAH DISCO, which he co-wrote. He has been
named one of Variety’s “10 Comics to Watch” and was featured in Comedy Central’s “Hot List of ’09”.