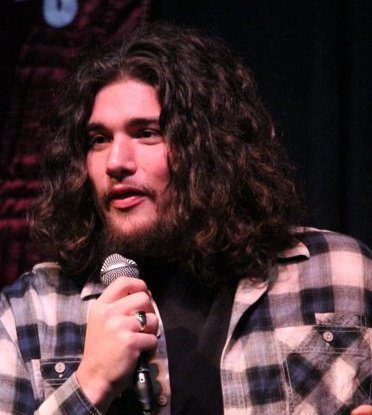 Nick Ruggia was born in New Jersey in 1986. Ronald Reagan was president, the New York Mets were champions, and everything was bad in the world. The turbulent times produced a mind rich with irony who constantly perceived and sought out the absurd. The son of a poet and a photographer, Nick was exposed to literature and visual art early in life. When his stepfather became a National Geographic photographer, Nick was exposed to exotic women and dangerous animals in exotic lands.

Nick received a bachelor’s degree in journalism from the University of Maryland before he realized how much he disliked the profession. Shunning his schooling, Nick came back to the New York metro area to pursue comedy. He interned at The Onion in the fall of 2009 and started classes at The Upright Citizen’s Brigade Theater in early 2010 while performing standup at clubs all over New York.

Nick has written, shot, directed, produced, edited and acted in comedic shorts and a sitcom pilot. He also has written satire for Fanway.com and was a contributor and co-host on a radio and live WebTV show. His standup has continued to grow and mature while failing to do so mentally. Nick lists his influences as Gandhi, James Joyce, Patton Oswalt and Barack Obama. Nick and a handful of relatives believe that he will be one of the comedic voices that alter the course of history and break barriers that require breaking.