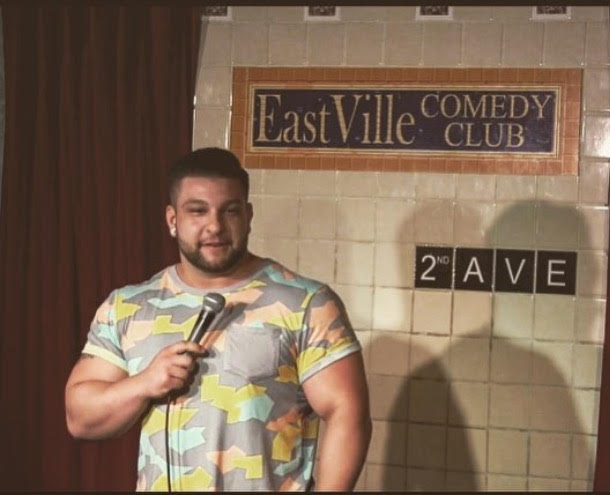 Nick Simmons, often mistaken for a cast member from the jersey shore is a New York City comic that lived his life between The Bronx and Poughkeepsie New York. As a former scholastic and national competing wrestler he realized there would be no future in throwing on spandex and rolling around (Not the careers he was looking into anyway) And decided to pursue comedy. Now Currently living in his hometown of the Bronx he performs all over the city. You may have seen him at The Stand NYC, Eastville Comedy Club, Greenwich Village Comedy Club and Broadway Comedy Club or hogging the bench press at your local gym. He sticks out a little because he’s one of the only bodybuilder comics and arguably wider than he is tall.