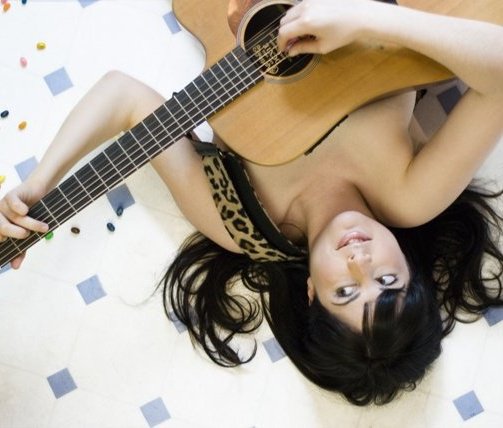 Nikki Lynn Katt has performed her racy brand of comedy music and stand up at some of LA and Australia’s best comedy clubs and music venues, including the Hollywood Improv, The House of Blues on the Sunset Strip, The Hollywood Comedy Store, Hollywood’s Hotel Cafe, The Sydney Comedy Store, The Sydney Laugh Garage, The Comedy Club in Melbourne and The Melbourne Fringe Festival. Her video “This Halloween” was featured on MTV’s “Total Request Live”, Fuse’s “The Sauce” and received half a million hits on Myspace videos (back when Myspace was still popular, she doesn’t check out that page anymore). Her new song “Don’t Forget About the Balls” recently made Australia’s iTunes chart for the top 100 comedy songs of all time. Her sweet and innocent vibe and angelic voice combined with the filthy-ness of her blatantly sexual lyrics make for a hilarious combination that is a definite crowd pleaser. In short, people like her. She is the girl you want to bring home to mom, just don’t bring mom to the show!