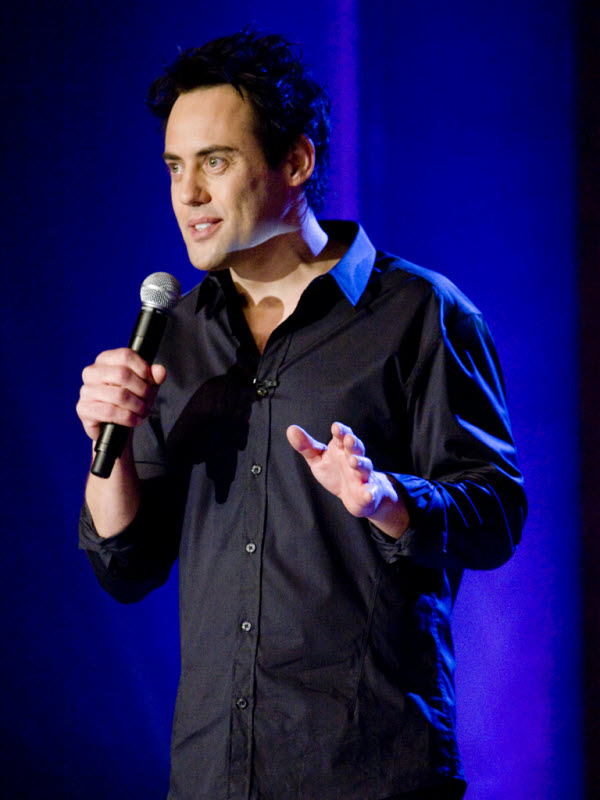 American comic Orny Adams first rose to international prominence after co-starring in Jerry Seinfeld’s documentary “Comedian.” He has made several appearances on The Tonight Show with Jay Leno and has appeared on The Late Show with David Letterman. In 2010, Orny followed up his critically acclaimed debut comedy DVD/CD “Path Of Most Resistance,” with a powerful and poignant one hour special “Orny Adams Takes The Third” which aired on Comedy Central. The DVD reached number one in comedy on Amazon. Currently, Orny can be seen playing the iconic role “Coach Finstock” on the hit MTV show “Teen Wolf,” a one hour drama created by Criminal Mind’s Jeff Davis.

Early in his career Orny was named in The Hollywood Reporter as a favorite comedian to watch. He has written jokes for Jay Leno, Garry Shandling, and many other top comedians. He has twice written for the Annual Emmys Broadcast and has become the “go to” guy when a celebrity needs a funny line. In July 2000, Orny made quite an impact at the Montreal Comedy Festival, which resulted in a development deal with Warner Brothers Studio, and his appearance on Letterman. In 2010, Orny was thrilled to return to the festival in Montreal working alongside one of his favorite comedians Steve Martin on a taped televised stand up show Martin hosted. Orny garnered rave reviews for his performance and was called a “Stand-out act” by The Hollywood Reporter.

Other notable projects include a talk show pilot developed for Orny by CBS Television Distribution/Kingworld along side Ashton Kutcher’s Katalyst Films. Orny shot another pilot for his own late night talk show for TBS and taped his own series, “Modern Chaos with Orny Adams” for The Discovery Channel. He hosted his own show on Discovery’s Travel Channel, has appeared on Jiminy Glick, Tough Crowd on Comedy Central, The Late Late Show with Craig Kilborn, Last Call With Carson Daly, and did a regular segment on Hollywood and politics on

Entertainment Tonight and The Insider. You may also recognize him from other notable television appearances and many of his national commercials, including Coca-Cola. Orny made his first TV appearance in 1996 on Friday Night Videos. When not performing stand-up, Orny spends his days writing, penning scripts, and developing television shows. A few years back, he struck a deal with Endimol for “The Pitch,” a reality show he conceived.

But none of this matters until you see Orny live where he is at his best, deconstructing the chaos of the modern world and getting worked up about things that most people just accept. His tour has reached clubs, theatres, even the Staples Center in LA, colleges, corporate events, and festivals as far away as Ireland, Australia, and South Africa. Orny’s comedy style is unique, yet universally appealing. Orny is quick on his feet to deliver a powerful, clever, sophisticated, and fast paced routine that attacks topics from an angle that many people have never considered.