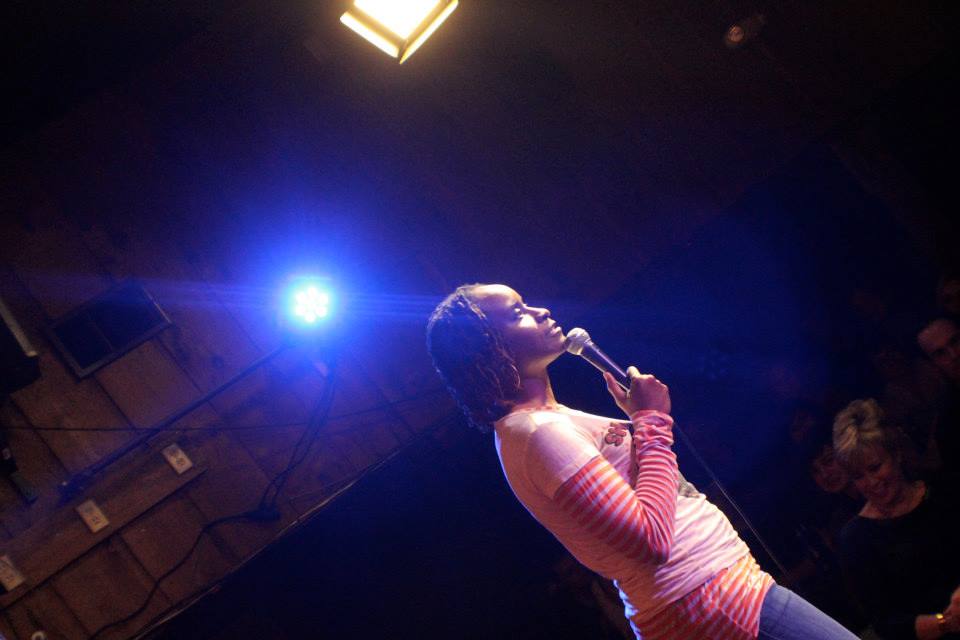 Pat Brown a.k.a. “Pat the Girl” is truly “Girl Comedy for all people. Well regarded as a great writer and seasoned performer, Pat’s success can be attributed to her smart playfulness and unconventional perspective. Pat finds humor in the routine of daily life and still manages to make it both surprising and entertaining.

Proudly and forever a ‘tomgirl’, Pat grew up in Kansas City, MO (yes there are black people there) an oasis for an active kid that loved sports, outdoors and good barbeque. Pat grew up surrounded by funny people like her father and brother and where being funny was valued. Pat became aware of her unique talent for making people laugh during many afternoons outside the house ‘hanging out’ in the company of her mostly male band of neighborhood friends. This experience would prove valuable when later she began her career in stand up comedy—the most male dominated forms of entertainment, second only to the Chippendale’s.

After receiving a basketball scholarship to S.C.S.U. Pat headed south. After graduation with a degree in Theatre, she then moved to Atlanta, GA where she bounced around in several fields till she found stand up comedy. She debuted as a stand up at the Comedy Act Theatre, at the time, one of only two black comedy clubs. She has been performing stand up ever since.

Pat’s most recent 2013 appearances include Bounce TV’s Off The Chain, BET’s Comic View and AXS TV’s Gotham Live. “Pat the Girl is the 2007 “ winner of the Las Vegas Comedy Festival “Best Female Comic”. She has been a featured comic on NBC’s “Comics Unleashed”, Comedy Central’s “Laffapalooza”, BET’s and “One Mic Stand”.

Pat’s acting credits include season regular as “Aunt Agnes” on BET’s Somebodies. Pat starred in the movie version of Somebodies and has a featured appearance in the movie Three Can Play That Game starring Vivaca A. Fox.

Pat’s also a veteran improvisational actor and was a member of two improv troupes in Atlanta, Laughing Matters and Blacktop Circus.