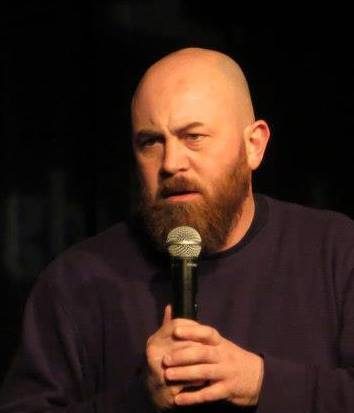 Pat Oates loves saying whatever comes to his mind. He doesn’t care where he is or who he is speaking to, if Pat can find humor in it, he will say it. This hurt him throughout school, in his now defunct marriage and in the working world. But his curse has become his gift on stage. Pat has wowed audiences and his peers alike with his incredibly hilarious top of the head crowd work and his true to life, no holds barred story telling. Pat has an uncanny knack for saying something that should piss you off while being strangely likable.

Pat has appeared on WTNH channel 8 Good Morning CT, has been a guest on the Comix Controlled Chaos Podcast and Robert Kelly’s “You Know What Dude” podcast. One of Pat’s Youtube clips was played on Sirius/XM’s Ron & Fez show.

Pat was fortunate to be the resident comic at Comix at Foxwoods casino for a year, getting a chance to hone his craft and perform in front of amazing crowds nightly and work with the best comics in the world on a weekly basis. Pat had the opportunity to open for Jim Jefferies at the 1,400 seat Fox Theater for 2 sold out shows.

Pat has worked with great people and performed in amazing venues, but the best is yet to come for Pat. The skys the limit and if you have ever heard Pat’s jokes, you know he doesn’t believe in limits.