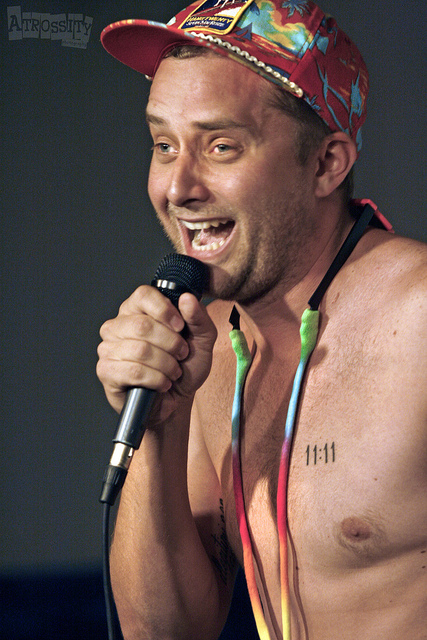 Paul Danke was born in the bowels of California into a Monster Energy T-shirt in the back of an F150; ripped from the Inland Empire’s bountiful bosom Paul spent his formative years in the booshie-environmentalist capital of the Pacific Northwest – Bellingham Wa. Paul began his career as a comedian on a high school sketch show Friday Morning Live, where he wrote and performed sketches ripped off from SNL and In Living Color. Later in college at Western Washington University Paul went on to study and perform improv in the acclaimed group, The Dead Parrots Society. At Western Paul was also able to create, co-host and scam a minor out of a late night talk show Western Live, where Paul first began performing and writing actual jokes for the weekly monologue. Following graduation Paul moved to Los Angeles (the valley – I know God forbid.) studied with The Groundlings (quit being snotty they’re really talented) and performed stand up all over town while spending his days working on reality television shows – imdb him, he hates it. Paul Danke is responsible for a third of the cult Los Angeles comedy show The Comedy Garage, featured in a documentary of the same name out on Hulu. Mr. Danke is a featured writer for Funny or Die and Earwolf as well as a contributing writer for Savage Henry an independently produced magazine IN PRINT. And finally Paul is featured on the net as well as a featured twitterer on Witstream @pauldanke, on youtube in The Compatish, and mentioned in some blog calling certain comedians hot!